Antonio Banderas and Sharon Stone are reportedly growing close to one another in the wake of his split from his wife of 18 years Melanie Griffith. 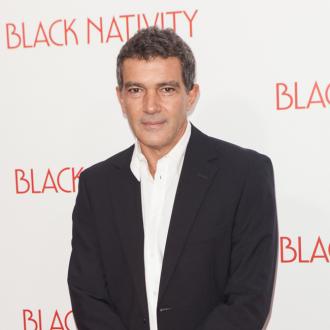 The 53-year-old actor - who split from wife Melanie Griffith earlier this month after 18 years of marriage - and his old friend are said to be taking a ''very relaxed'' approach to a any potential romance, but friends say there is a definite ''spark'' between them.

A source said: ''Antonio and Sharon have been great friends for years. They have always flirted outrageously and now they're closer than ever.

''It's all very relaxed at the moment and they want to keep it quiet out of respect for Melanie, but there's no denying the spark is there.''

Antonio and Sharon - whose romance with Martin Mica ended last year - are said to even be planning a holiday next month.

The source continued: ''Antonio and Sharon are making plans for a getaway together in July. They've both been married twice before and are just enjoying having fun.''

Melanie - who has 17-year-old daughter Stella with her estranged spouse - is said to feel ''weird'' about the 'Shrek' star's potential new romance, but thinks it is right for them to move on.

The source told the new UK issue of Grazia magazine: ''Mel feels weird about Sharon and Antonio's closeness, but knows they both needed to move on from the marriage.

''Relations have been at breaking point for some time and they both seem to have decided that they would be better off finding happiness elsewhere instead of living in misery together.''