Hollywood duo Antonio Banderas and Melanie Griffith have sold their Los Angeles home for as much as $15.94 million. 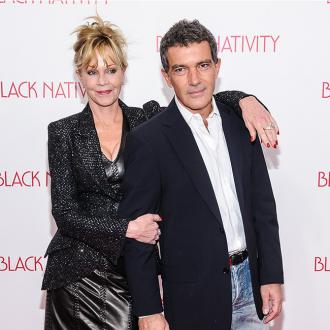 Antonio Banderas and Melanie Griffith have reportedly sold their Los Angeles home for a record-breaking $15.94 million.

The 54-year-old actor and his estranged wife, who tied the knot in 1996, opted to sell the 15,110-square-foot property in the Hancock Park enclave in the city after announcing their decision to divorce ''in a loving and friendly manner'' in June last year.

The eye-watering sale is a record for the neighbourhood, beating the previous best set just last summer by as much as $4.94 million, Variety reports.

The property - which dates back to the 1920s - has reportedly been sold to Ted Sarandos, the Chief Content Officer at the streaming service Netflix, and his wife Nicole Avant, the former ambassador to The Bahamas.

The sale represents a massive profit for the duo, who acquired the mansion in 1999 for $4.2 million, before buying the neighbouring property for $1.3 million a year later.

Although the spectacular-looking home was listed for $16.1 million, Antonio and Melanie, 57, decided to make a deal for a fraction below their original asking price.

Despite deciding to end their relationship, Antonio revealed earlier this year that he'll always ''love'' Melanie.

He admitted: ''She is a person that I loved, I love and I always will love, whatever our status is.''