Two years since Joey Belladonna came back into the fold and the Anthrax machine is now comfortably back firing on all cylinders. The New York city heavy metal band have been on tour in the UK recently and played in Manchester last night (November 6, 2012), bringing the full force of their critically acclaimed 1980s era with them. Belladonna was with metallers Anthrax - one of the so-called big four of thrash metal alongside Metallica, Megadeth and Slayer - between 1984 and 1992 during their halcyon days. He's been back since 2010 with the group's subsequent album Worship Music - their first in eight years - seeing a return to critical acclaim last year. 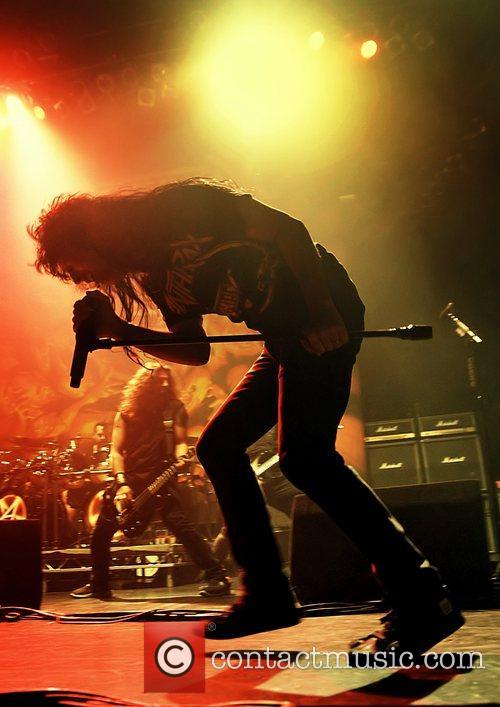 Joey Belladonna was back to his best last night in Manchester

The group were playing on something of a metal super-bill, with the headliners of the evening being that most gnarled of British metallers Motorhead. They were more than matched by the visceral Anthrax, though, who belied their advanced years to truly bring the rock. 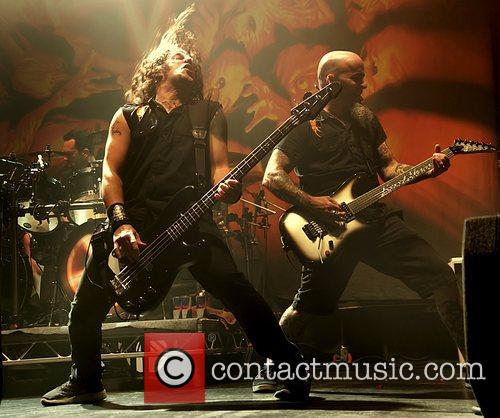 Frank Bello and Anthrax founding member Scott Ian; four of the five members in the current line-up were also part of the band during their glory years of the 80s

With 23 past and present members (not including touring band mates!) Anthrax fans won't be taking anything for granted regarding the group's current settled state. One's thing for sure though, whilst they're together they're still among the best metal bands going. Now throw those horns. 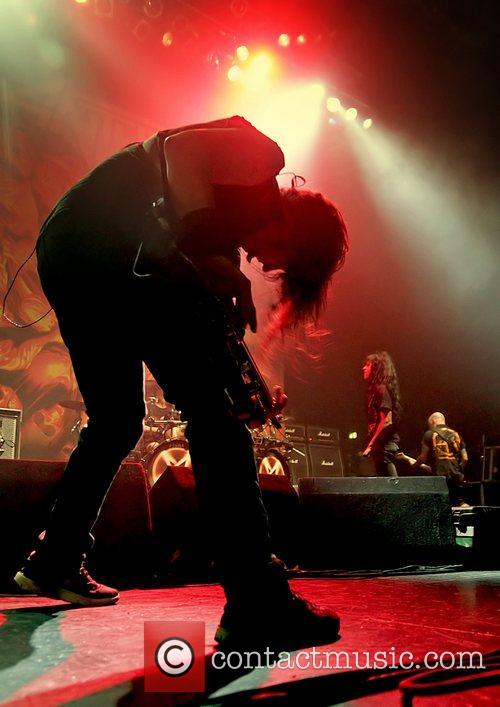