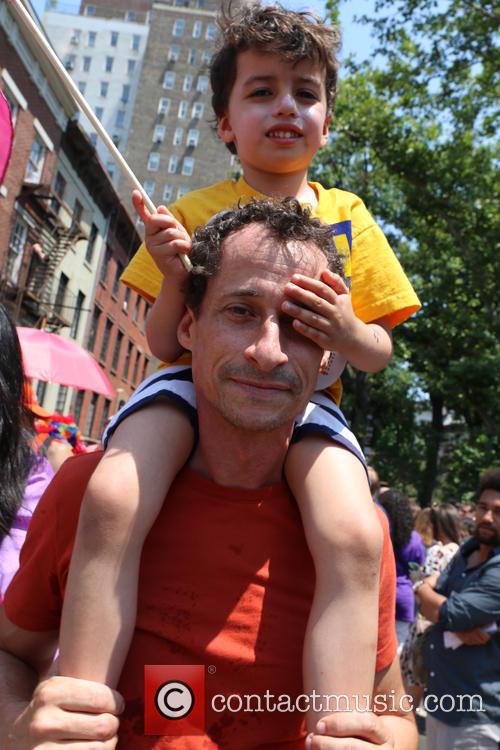 The Good Wife returns for season five in September.

Julianna Margulies is appreciative of Anthony Weiner's sexual tweets, in a way. The actress says the New York City mayoral hopeful has given an unexpected new relevance to CBS' drama 'The Good Wife,' which revolves around a wife and mother who assumes full responsibility for her family after her husband's very public sex scandal. Sounds familiar, right?

"I feel guilty that it's the gift that keeps on giving," said Margulies at the TCA press tour this week, "We're going into our fifth year, and it feels like something new." Thanks Weiner!

On a serious note, the actress picked out painful parallels between her fictional character Alicia Florrick and Weiner's wife Huma Abedin, who awkwardly stood by her husband after his Twitter scandal went public.

Anthony Weiner and Jordan Zain Weiner - New York mayoral hopeful Anthony Weiner plays with his son at a park near their Manhattan home. Despite recent revelations concerning Weiner's lewd online behavior, he vowed on Sunday (28Jul13) to stay in the race for mayor after confirming that his campaign manager had quit - New York City, NY, United States - Sunday 28th July 2013 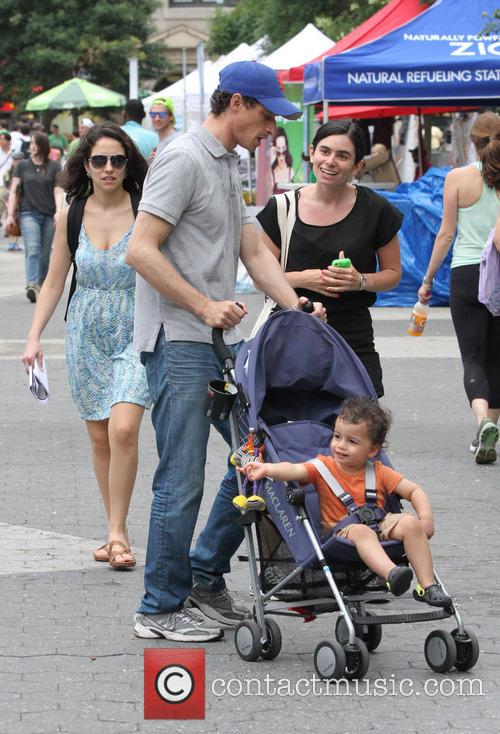