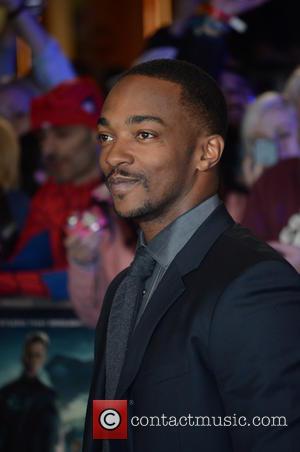 Actor Anthony Mackie is set to develop and star in a film about Olympic gold medallist Jesse Owens.

The Captain America: The Winter Soldier star has teamed up with his producing partner Jason Spire and screenwriter Jamie Linden and they are hoping to shoot the film in Germany later this year (14), according to Deadline.com.

The untitled movie will centre on the lead-up to the 1936 Berlin Olympics, where the sprinter took home four gold medals, much to the disgust of Germany's Nazi leader Adolf Hitler.

MACkie's project is not the only movie about the American track and field star in the works - bosses at Disney are working on a film based on on the Jeremy Schaap book Triumph, while Stephan James has reportedly been cast as Owens in a film to be directed by Predator 2's Stephen Hopkins.

The Owens film might help explain why MACkie has dropped out of playing jazz musician Buddy Bolden in a biopic, due to scheduling issues.

Pritzker is now planning to finish the movie by filming half of it over again and has cast Downton Abbey's Gary Carr to replace MACkie.