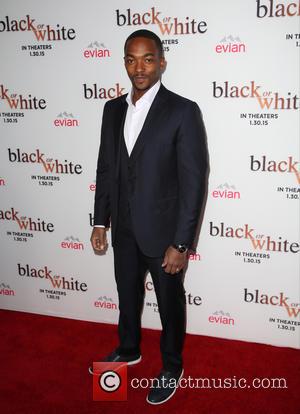 Actor Anthony Mackie has been ordered to complete an alcohol awareness programme after he was convicted of driving while impaired (Dwi).

The charge dates back to 2013, when the Captain America: The Winter Soldier star was pulled over by police in Harlem, New York.

The officers smelled alcohol on his breath and noticed his bloodshot eyes and escorted him to a local station for booking.

He stood trial at Manhattan Criminal Court on Friday (20Feb15), and was convicted by Judge Kevin MCGrath after hearing testimony from three police witnesses.

MACkie, who declined to testify, shook his head in disappointment as the verdict was announced later on Friday, but thanked the judge for presiding over a fair trial.

He said, "Thank you, your honour, for the opportunity. Thank you for listening to the case and coming up with a fair conclusion."

The actor, 36, was also banned from driving in New York City for 90 days and ordered to pay fines.

He was granted permission to undergo the drink-driving counselling programme in his native Louisiana, reports the New York Daily News.