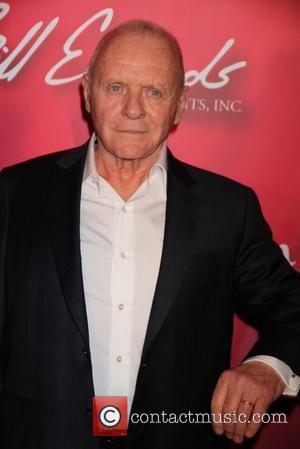 OSCAR-winning actor SIR Anthony Hopkins was "out of his mind" during the shooting of 1999 movie TITUS and frequently frightened his co-stars, claims the film's director.

Julie Taymor alleges Hopkins, 66, was going through "some sort of a crisis" while filming the William Shakespeare adaptation, which was so critically mauled, he contemplated retiring.

She says, "You know he was out of his mind when he did the film, Tony did some things and said some things which had us all terrified."

recalled one time on the movie set when a group of actors were hanging naked from meat hooks.

She says, "(Hopkins was) wielding this knife. At the time he was, I believe, a little angry with one of the actors, it was very scary, he was scary.

"Sometimes he'd have very grotesque ideas, I don't think any other actor would have dared to go as far as he did."

Hopkins' Los Angeles spokesperson refused to comment on the allegations.