Former 'I'm a Celeb...' winner Fogarty got to know McPartlin back in 2014, but had firm words for him when asked about the presenter's drink driving charge.

He may have won ‘I’m a Celebrity… Get Me Out of Here’, but that didn’t stop Carl Fogarty from tearing into Ant Mcpartlin over his drink-driving charge, saying that the presenter should “man up”.

The 52 year old former Superbike world champion spoke to the Daily Star this week, and was asked about McPartlin’s forthright and emotional apology that he had delivered outside Wimbledon Magistrates Court last Monday, after he had pleaded guilty to a charge of drink-driving.

“Grow up, sort yourself out and take responsibility,” Fogarty told the newspaper on Thursday (April 19th), having no words of sympathy. “Don’t go running off to rehab every five minutes when something goes wrong." 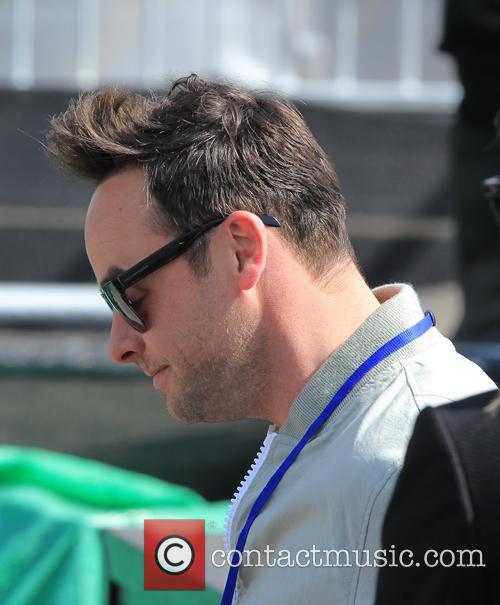 “He got in a car p****d – don’t do that, it’s not right. You don’t need to go to rehab to be told to sort that out, you know that’s wrong and you shouldn’t be doing that. And people around him need to be firm with him.”

The 42 year old Geordie presenter was fined £86,000 and banned from driving for 20 months, following the three-car pile-up in west London on March 18th. He allegedly failed a police breathalyser test at the side of the road, and was apparently twice over the legal limit.

In a statement whose sincerity was applauded by many, McPartlin said outside court that he was “truly sorry for what happened… I let myself down, I let a lot of people down. For that I’m truly sorry.”

The District Judge in the case told him, handing down the sentence last week: “You were a man of good character… you have lost that good character.”

More: Ant McPartlin says he may not come to 2019 NTAs after getting “emotional”