The star and his presenting partner, Declan Donnelly, took home Best Presenter for the 18th year - despite a nine-month hiatus

Ant Mcpartlin has had a difficult year - after being caught drink driving in March, the TV presenter took some time out to work on his problems. However, despite leaving his partner-in-crime, Declan Donnelly, to pick up the presenting slack, the duo still won Best Presenter at the NTAs for the 18th year in a row.

As an emotional Ant and Dec, both 43, accepted the award from the Britain's Got Talent set, many people were not totally pleased to hear about the pair's win.

Continue reading: Some People Don't Think Ant McPartlin Should Have Won An NTA

Willoughby will be going Down Under this November in the place of Ant McPartlin, whose recovery from addiction continues.

By Charlotte Court in Lifestyle / Showbiz on 24 August 2018 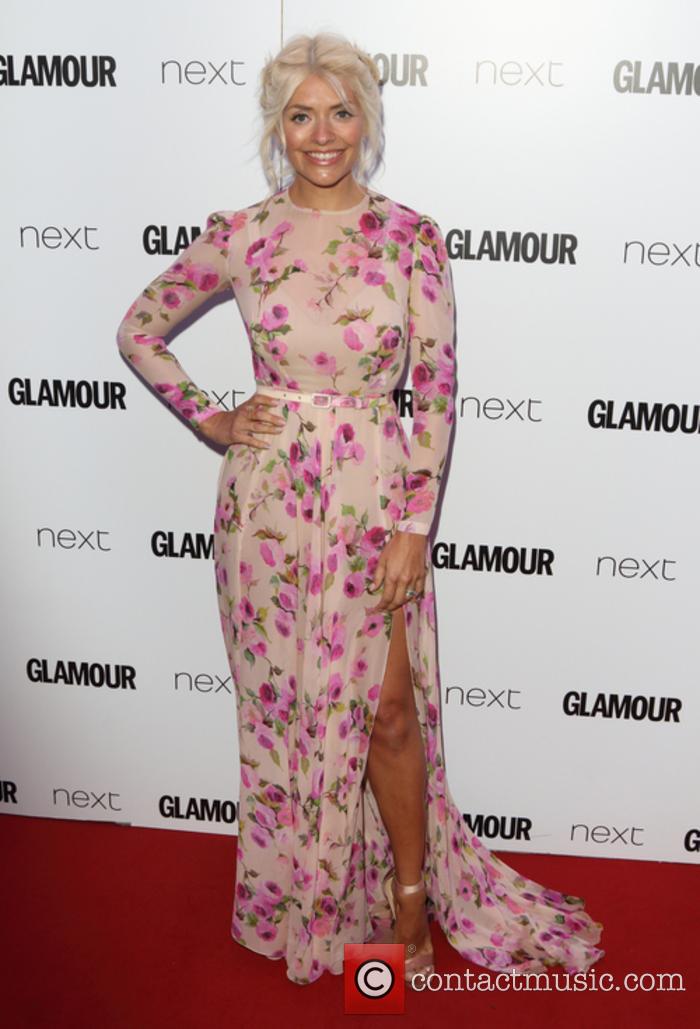 Continue reading: Holly Willoughby Could Be Dec's New Partner And People Are Pleased

TV presenter Ant Mcpartlin has revealed he will not be returning to our screens until 2019 after a difficult year which saw him pleaded guilty to drink driving, end his marriage and book himself into rehab to deal with his problems.

Previously inseparable, Ant's presenting partner Declan Donnelly had to go it alone with the latter half of this year's series of Saturday Night Takeaway and Dec took the reins for the live shows of Britain's Got Talent.

Continue reading: Ant McPartlin Won't Be Back On Our Screens Until 2019

ITV have re-affirmed their support for Ant Mcpartlin as he continues his rehab battle, saying that the presenter will return to the network when he’s “well and fit”.

Last year, the 42 year old star, one half of the nation’s favourite presenting duo Ant & Dec, opened up last year about his battle with drink and drug addiction as he entered a period of rehab. He then announced the disintegration of his 11-year marriage to wife Lisa Armstrong, before he was arrested and charged for drink-driving in west London in March.

Since then, McPartlin has had a clean and open-ended break from his presenting duties until he’s sober, entering another session of rehab. Now, ITV’s head honcho has revealed that they’re fully prepared to have him back when he’s ready.

Continue reading: Ant McPartlin Will Return To ITV When He's "Well And Fit"

McPartlin has reportedly moved out of the property he shared with ex-wife Lisa Armstrong, as he looks to complete his rehab.

British TV presenter Ant Mcpartlin has reportedly moved into a lavish £4.5 million mansion following his split from his wife, as he continues rehab treatment in the wake of his drink driving conviction.

After it was announced earlier this year that his marriage to Lisa Armstrong, his wife of 11 years, had ended, The Sun reports that McPartlin has moved out of the rented property they shared together and moved into a place of his own.

The 42 year old’s new bachelor pad costs around £12,000 per month to rent, and he’s made the move so he can get “tranquillity” as he attempts to win his battle with alcohol addiction once and for all.

Continue reading: Ant McPartlin Moves Into £4.5 Million House, Amid Reports He'll Back On 'I'm A Celeb' This Year

The TV presenter pleaded guilty to a drink driving charge

Just two months after winning a Best Presenter National Television Award (NTA) for the 17th time, the Ant and Dec duo bubble burst following Ant’s drink driving offence. Now it seems the popular double act won’t be seen on TV together for the rest of the year.

Two has become one for popular presenting duo, Ant and Dec

Two became one when Declan Donnelly, 42, presented the final episodes of Ant and Dec’s Saturday Night Takeaway alone and it has also been confirmed Dec will be flying solo during the live Britain’s Got Talent shows.

Continue reading: Ant McPartlin Might Not Be Back On Our Screens Until Next Year

Former 'I'm a Celeb...' winner Fogarty got to know McPartlin back in 2014, but had firm words for him when asked about the presenter's drink driving charge.

He may have won ‘I’m a Celebrity… Get Me Out of Here’, but that didn’t stop Carl Fogarty from tearing into Ant Mcpartlin over his drink-driving charge, saying that the presenter should “man up”.

The 52 year old former Superbike world champion spoke to the Daily Star this week, and was asked about McPartlin’s forthright and emotional apology that he had delivered outside Wimbledon Magistrates Court last Monday, after he had pleaded guilty to a charge of drink-driving.

“Grow up, sort yourself out and take responsibility,” Fogarty told the newspaper on Thursday (April 19th), having no words of sympathy. “Don’t go running off to rehab every five minutes when something goes wrong."

Scarlett Moffatt Confirms She Will Be Appearing On Saturday Night Takeaway

As tensions continue to run high around one of Britain’s favourite presenters, Ant Mcpartlin, following his drink driving charge, the continuation of the popular primetime show, Saturday Night Takeaway, he hosts with Declan Donnelly has also been in the balance.

With two episodes in the series left, speculation has mounted over how Dec will tackle the show - the first time the pair have presented apart in their almost three-decade long career.

Continue reading: Scarlett Moffatt Confirms She Will Be Appearing On Saturday Night Takeaway

McPartlin was arrested on suspicion of drink driving last weekend, but Donnelly will present the two remaining shows of 'Saturday Night Takeaway by himself.

ITV has announced that Declan Donnelly will be hosting the next episode of ‘Saturday Night Takeaway’ solo, following the arrest of his co-presenter Ant Mcpartlin on suspicion of drink-driving.

A spokesperson for the broadcaster said on Wednesday (March 21st): “We can confirm that ‘Saturday Night Takeaway’, presented by Declan Donnelly, will return to ITV on March 31st, and the series finale will be taking place at Universal Orlando Resort in Florida a week later.”

42 year old McPartlin was arrested on Sunday on suspicion of drink-driving, and has since announced that he’ll be taking a leave of absence from his professional duties in order to seek rehab and personal help. ITV had already announced that this coming weekend’s episode of ‘Saturday Night Takeaway’ had been cancelled, with an episode of ‘The Voice UK’ being brought forward to occupy its slot. 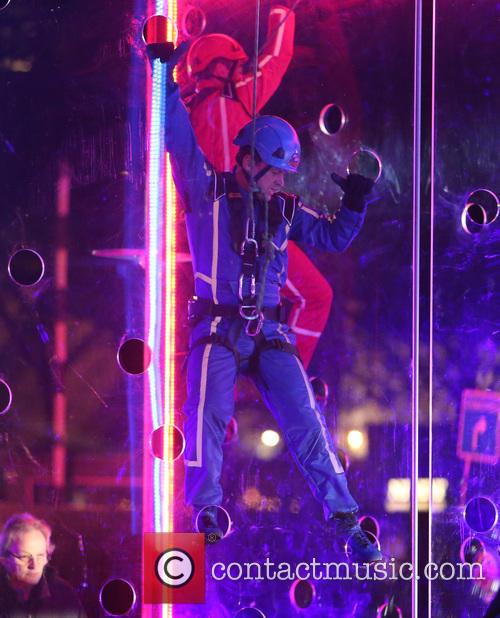 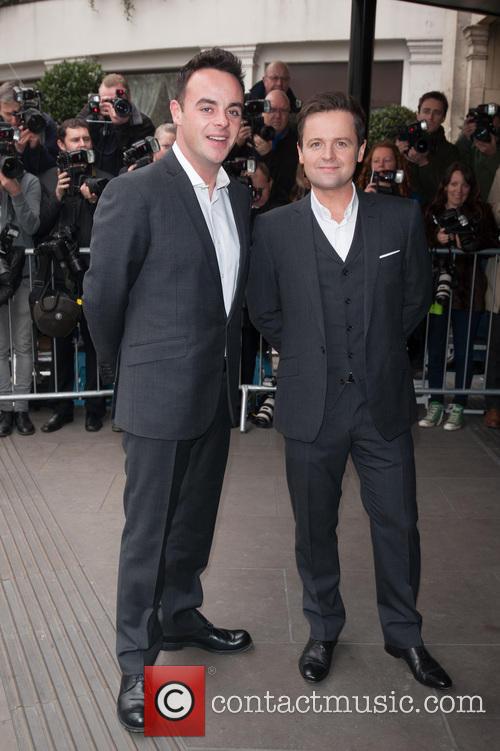 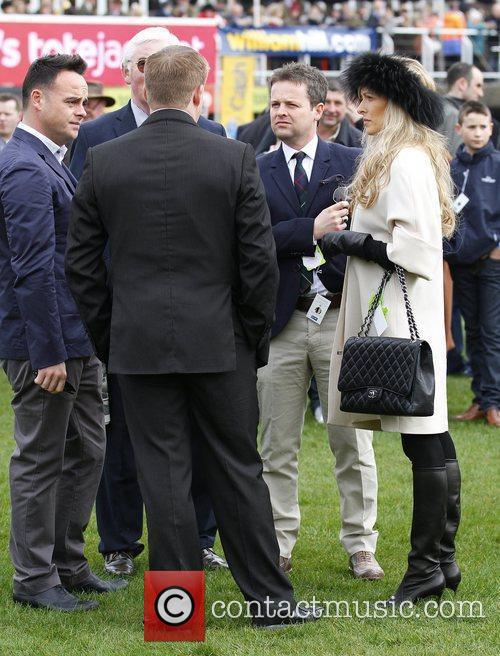 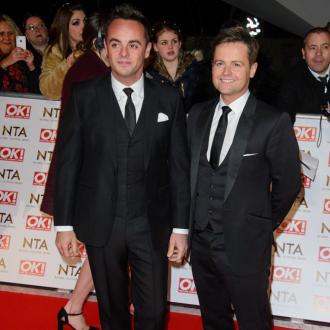 Ant and Dec Confirm Sitcom Talks - But Will It Be Funny?

Ant McPartlin Shrugs Off 'Idiot' After Assault in Chiswick