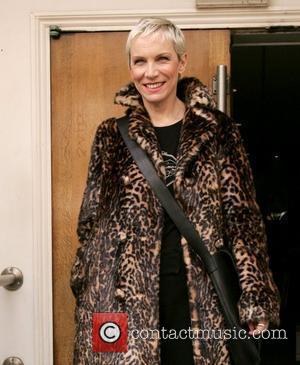 Picture: Annie Lennox is all smiles as she leaves the BBC studios at Maida Vale London, England - 13.03.09

Singer Annie Lennox has criticised POPE BENEDICT XVI for discouraging safe sex in AIDS-ridden Angola.
The former Eurythmics star, who has long campaigned to raise awareness of HIV/AIDS in Africa, is furious with the Catholic leader for promoting the religion's anti-contraception beliefs in the country - fearing his advice could help spread the disease.
The 82-year-old Pope visited Angola in March (09) and sparked controversy by telling reporters that condoms would aggravate the AIDS epidemic.
And Lennox is fuming about the comments.
She says, "If there was ever an example of irresponsibility, it's the Pope going to Angola, where people are dying because of unprotected sex, and telling them they should abstain. What planet is this person on?
"I have nothing against the Catholic Church or any religion. But it's like a missed opportunity. It's the highest irresponsibility for anyone to put out that message. It's undone the good work people do in terns of safe sex practises and education."
The Angola government recently estimated 2.1 per cent of the country's 16.5 million population have tested positive for HIV, the virus that causes AIDS. 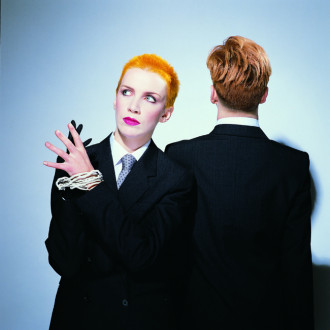