Annie Lennox has hit out at female stars who appear scantily clad in photoshoots and music videos, insisting they are ''sick'' and ''self-molesting''. 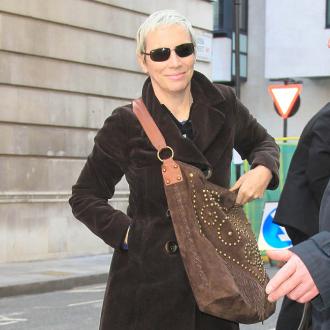 Annie Lennox has slammed ''sick'' stars who strip to their underwear to promote themselves, saying they are ''self-molesting''.

The 59-year-old singer is ''appalled'' by women who feel the need to be scantily clad in photoshoots and music videos when they are well aware they have young fans, and insists it is ''embarrassing'' and a ''devaluation of women''.

Annie - who has two daughters, Lola and Tali - said: ''Things have evolved so far that some have gone backwards. I'm appalled by it.

''The artists who are aware their audience are seven year olds - what is that about? It's sick.

''It's not powerful. It's not feminism. It's not about empowerment. It's a devaluation of women, to be frank.

''It's like self-molestation. It just makes me embarrassed. My daughters are pretty savvy and they're like, 'Yuck! Cringe!' ''

The Eurythmics frontwoman - who has spent years raising money and awareness for HIV/Aids - also claimed some stars appear to support certain charities by posing with ''starving African children'' because they want to get more publicity for themselves.

When asked if she ever feels new stars don't care about issues, she told Metro newspaper: ''Wouldn't it be fantastic if they did? You never know.

''I don't want to name names because I don't want to give them the focus but you see people in pictures with starving African children and it looks like a parody of something if you know that person isn't committed fully to that support.