Annie Lennox: 'Order Needs To Be Restored In The U.k.' 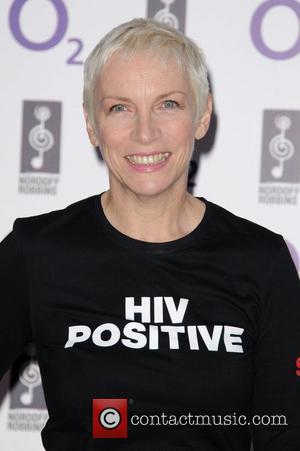 Celebrity activist Annie Lennox has called for British authorities to restore order in London after violent riots ripped through the city for a third night on Monday (08Aug11).
The former Eurythmics star, a United Nations goodwill ambassador, has been left aghast by the chaos caused by thugs across the U.K. capital since Saturday (06Aug11), when they began smashing shop windows and looting stores as they clashed with police.
The riots have since spread to other major cities across the country, prompting British Prime Minister David Cameron to cut short his summer holiday and resume Parliament for an emergency session.
On Tuesday (09Aug11), Cameron declared that more than 10,000 extra police officers will be deployed on the streets of London to combat the civil unrest - and Lennox hopes it is enough to put a stop to the "mindless mayhem".
In a post on her Facebook.com page, she writes, "What's happening in London and around many parts of the UK right now is appalling. I feel the need to comment on it, yet at the same time, realise that what I have to say is pretty much irrelevant.
"The main priority right now has to be to regain order from this wanton mindless mayhem. A social cancer has been growing for all sorts of complex reasons for so many years…There are no straightforward answers, but people must be protected against this feral criminality that has absolutely no justification whatsoever. So depressing."
Meanwhile, Black Eyed Peas frontman will.i.am has issued a plea to rioters to stop the violence.
In a message on his Twitter.com blog, he writes, "London please #stoptheriots...your city and country is to wonderful (sic)...don't cause anymore financial problems by burning down london..."
The initial unrest was sparked by the fatal shooting of a 29-year-old man by police officers in Tottenham, North London last Thursday (04Aug11).