The actress felt like she was in good hands, if a little starstruck, working with Robert De Niro.

Oscar-winning actress Anne Hathaway has moved effortlessly between genres throughout her career, from comedy to drama to musical. But most of her roles have been pretty intense, and she saw The Intern as a fresh change. "I don't always relate to my characters, but Jules I really did," she says. "It's hard to be a person making mistakes in the spotlight, and I related to her on that level. Until now I've made a lot of my movies from a place of insecurity and self-doubt. I got tired of that, so I decided to make one from a more positive place and to feel good about what I was doing and embrace the unknowns. It turns out you can make a movie without non-stop sleepless nights!" 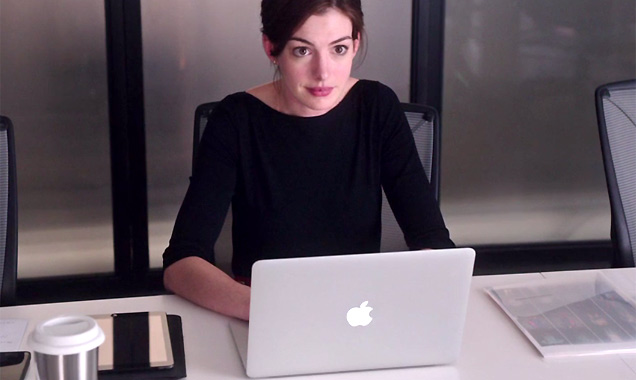 She was also challenged by the idea of working with Robert De Niro. "I was so scared, - it's Bob Freaking De Niro!" Hathaway laughs. "I mean, he's a legend! If anything I was lucky to have done The Devil Wears Prada with Meryl Streep, because in many ways I missed that experience because I never got over the 'God you're Meryl Streep'-ness."

So even though it took some effort to work up the nerve to talk to De Niro, she knew she was in good hands. "Bob is good at having chemistry with people: he's a Jedi," she says. "The funny thing is, I just trusted that everything was going to be OK. Bob is an easy guy to get along with. He's zen and calm and approachable."

Watch the trailer for 'The Intern' here:

Hathaway is aware how much she has changed since starting out. "When I was younger, I felt very much like, 'Oh, I have to be a certain way. I have to look a certain way.' But you really, really don't," she says of the harsh standards the industry applies to young actresses. "That's the way women are treated differently than men. I mean, I've had actors argue with me about this. They say, 'Oh, we all have to have six-packs.' And I'm like, 'Well, that might be true, but with women it's not just about having a six-pack. I mean, we have to have a six-pack and be able to run in heels!'"