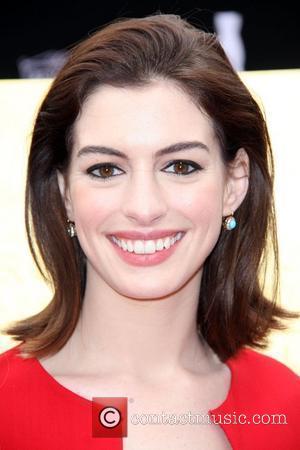 Anne Hathaway has reportedly struck a deal with designer Marc Jacobs which could see her replace Victoria Beckham as his fashion muse.
The Devil Wears Prada actress has become friends with Jacobs, who is said to have promised to dress the star for upcoming red carpet events.
And Hathaway could even replace Beckham, who modelled for Jacobs' campaigns last year (08), in his upcoming advertisements if their partnership proves to be successful.
A source tells Britain's The Mail On Sunday, "Marc and Anne have forged a fast but very intense friendship and they're going to start doing public appearances together soon.
"Anne hasn't signed up to do any advertising yet but, by dressing her, Marc can infuse his line with a fresh but famous face and Anne can revamp her image.
"If it works well, Anne would be happy to model for some of Marc's campaigns."
Hathaway became a brand ambassador for cosmetics giants Lancome last year (08).