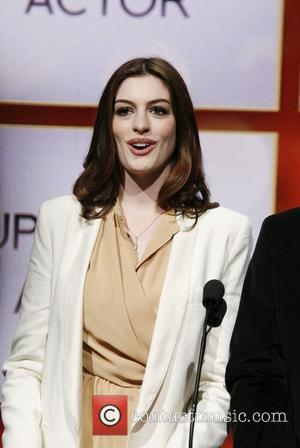 Anne Hathaway's entire family denounced Catholicism after her elder brother MICHAEL 'came out' as gay.
The Devil Wears Prada star was a member of the Catholic Church growing up in New Jersey, but the actress and her parents, Gerald and Kate, as well as her younger sibling Thomas decided to leave the faith to support Michael after he revealed his sexuality.
She tells Britain's GQ magazine, "The whole family converted to Episcopalianism after my elder brother came out. Why should I support an organisation that has a limited view of my beloved brother?"
And Hathaway admits she's still trying to figure out her religious beliefs: "So I'm... nothing (no denomination). F**k it, I'm forming. I'm a work in progress."