Anne Hathaway is hoping to keep her Catwoman costume when filming on 'The Dark Knight Rises' ends - so she can visit sick children dressed as the comicbook character. 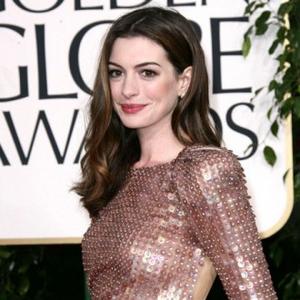 The 28-year-old actress portrays the super-villain and her alter-ego Selina Kyle in the upcoming Batman movie 'The Dark Knight Rises' and wants to be able to keep the famous black catsuit worn by her character in order to help with her charity work.

Speaking at the European premiere of her new movie 'One Day' at London's Vue Westfield, she told BANG Showbiz: "I'm not sure if I can keep the Catwoman outfit but I visited some sick kids at a children's hospital recently and I think it would be a cool idea to go back dressed up as Catwoman."

Anne wouldn't be the first star to cheer up sick children by dressing as one of her movie characters.

In November 2007, Johnny Depp visited London's Great Ormond Street Hospital and read bedtime stories to patients dressed as Captain Jack Sparrow after having his 'Pirates Of The Caribbean' costume flown over from Los Angeles.

The actor also donated $2 million to the children's hospital as a thank you gesture after his daughter Lily-Rose, now 12, was successfully treated there after her kidneys failed when she contracted E.Coli poisoning.