Hollywood Actress Anne Hathaway Visited A Number Of U.s. Airforce Bases To Prepare For Her Role As A Drone Pilot In A New Stage Production. 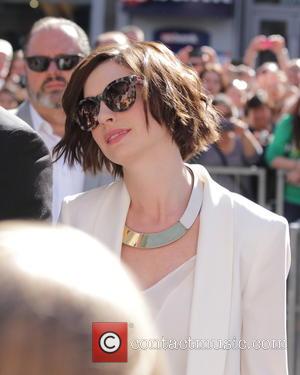 The Oscar winner stars in an off-Broadway production of Grounded, a one-woman play by George Brant about a female fighter pilot who is reassigned as a drone operative after falling pregnant.

Director Julie Taymor has now revealed the actress met with real life members of the military in a bid to understand the logistics of war. She tells the New York Post, "(In) October I saw Anne in L.A. (from) November to February, we did homework. Investigating, learning, talking to pilots. She visited fighter bases... It's a warfare issue. The project's powerful, timely, provocative."

The play runs at New York City's The Public Theater until 17 May (15).