Anne Hathaway signs up for The Taming of the Shrew

Anne Hathaway is set to star in a new adaptation of Shakespeare comedy 'The Taming of the Shrew', written by screenwriter Abi Morgan. 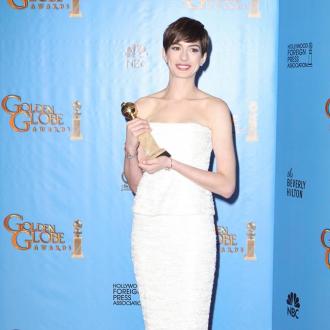 Anne Hathaway is set to star in an adaptation of Shakespeare's 'The Taming of the Shrew'.

The actress - who took home Best Supporting actress for her role in 'Les Miserables' at the Golden Globe Awards on Sunday (13.01.13) - has reportedly signed on to the project, which has just gone into development, according to TheWrap.com.

The script is being written by Abi Morgan - who previously worked on 'Shame' and 'The Iron Lady' - and will update the story to mid 20th century Italy.

'The Taming of the Shrew' - a comedy written around 1590 - has been adapted a number of times for both stage and screen. Notably, it was turned into a musical by Cole Porter called 'Kiss Me, Kate' which first appeared on Broadway in 1951, and it was made into a film in 1967 starring Elizabeth Taylor and Richard Burton.

A more modern take on the tale - which sees a man gradually convince a headstrong woman to marry him - was filmed in 1999 with Heath Ledger and Julia Stiles as '10 Things I Hate About You'.

As well as signing up for the Shakespearian work, Anne has also said she is open to the idea of a spin-off film for her 'The Dark Knight Rises' character Selina Kyle, a.k.a. Catwoman.

She told BBC Radio 5 Live: ''I'm a big fan of the idea, but there's nothing happening. It just kind of exists in my imagination''.

''There would always be interest in the wonderful character who I love so much that in a recent Q&A where I had to get up and talk about it, somebody asked me what it was like to say goodbye to her and I burst into tears. Which is just about the most un-Selina Kyle thing you can do.''