Anne Hathaway Rejected Twice Before Landing Role In The Intern

Anne Hathaway Auditioned For Two Of Nancy Meyers' Films Before Finally Landing The Lead In The Director's Latest Movie, The Intern. 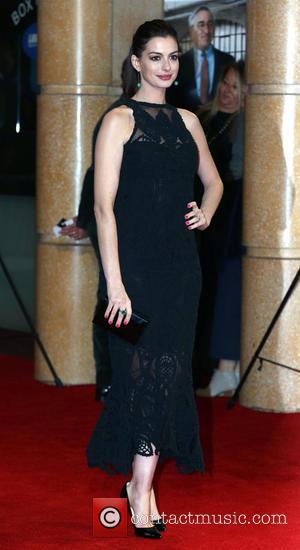 The Oscar winning-actress has been a longtime fan of the filmmaker, who is known for her romantic comedies including Something's Gotta Give and What Women Want.

Hathaway made it her goal to star in one of Meyers' films, but scoring a role wasn't as easy as she had hoped.

Fortunately, third time was the charm for The Devil Wears Prada star, as she stars in Meyers' latest comedy as a high-power CEO, a job she thinks came along at just the right time.

Hathaway adds, "It's okay, she cast the right people and it all works out and I got this on... I just think it's cool that the role of the female boss is expanding past what it has been for many years, which is for many, many years it's been she's an ice queen, she's a dragon lady, she's the toughest boss, she's a nightmare and (her character) Jules is none of those things.

"She's tough, but she's hardworking and passionate and sweet and sincere. I love that we're getting to see more examples of how women in the workplace can be."