The stars were out in New York last night, with Anne Hathaway taking away most of the attention.

Anne Hathaway showed off her latest look at last night's (May 6) Mets Ball in New York, unveiling her new platinum blonde locks for the first time at the alternative gathering. Speaking to Variety on the red carpet, the Oscar-winner said that she was inspired by Blondie rocker Debbie Harry, who was at the gala, for her new look.

Speaking to Variety, she described her new look as "the most punk" thing she's ever done, more than living up to the night's theme of Punk: Chaos to Couture. The Dark Knight Rises star completed the look with a black Valentino gown and added about her costume, "I don't know that you could tell it by looking at me, but Debbie Harry was (my inspiration)." 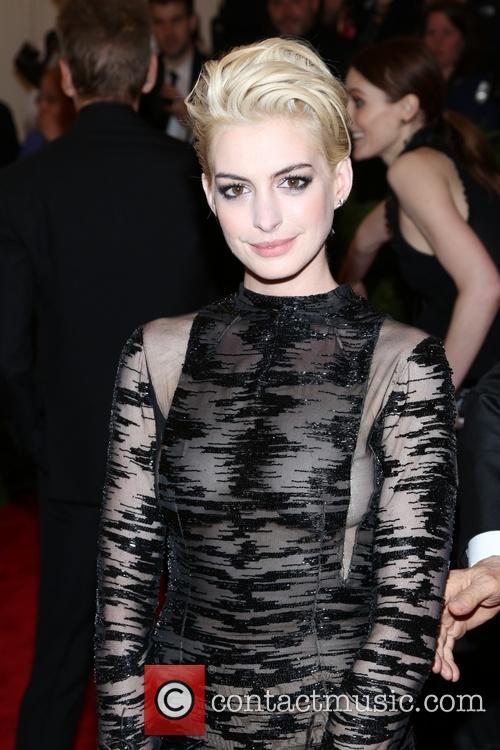 As well as Hathaway and Harry, who was accompanied by her Blondie band mate Chris Stein, Miley Cyrus was well and truly in the punk rock mood that was the theme of the night. Wearing a second-skin mesh Marc Jacobs gown, the singer spiked up her pixie-hairdo in what she described as a "fearless" look, inspired by Sid Vicious and maybe some punks you've never heard of no doubt.

The Metropolitan Museum of Art's Costume Institute benefit also laid host to Zooey Deschanel, Sarah Jessica Parker, Jennifer Lawrence, Beyonce Knowles and Blake Lively as well as a host of others. You can see all the pictures from the big night here. Emma Watson was also at the gala