Anne Hathaway insists she doesn't want her life to be ''defined'' by social media. 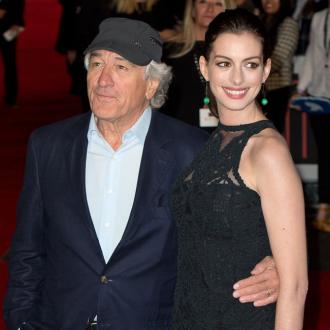 Anne Hathaway doesn't want her life to be ''defined'' by social media.

She shared: ''I'm not as into it as a lot of other people - particularly other millennials. I'm not as into it, my life isn't as defined by it. But it's the world now so I want to be familiar.''

And her 'The Intern' co-star Robert De Niro insists he doesn't want to use the social tools but praised technology for helping to make communication easier.

''I don't tweet. I have an iPhone and a computer and all that stuff and I communicate that way, it's a great way to communicate.''

Meanwhile, Anne also opened up about the comedy, directed by Nancy Myers, and praised the storyline for not ''humiliating'' any of the characters.

She told the Evening Standard: ''What I was really into is that there wasn't any snark in the movie and it wasn't out to humiliate anyone. It wasn't saying, 'Oh you don't know anything about technology therefore you're silly.'

''It wasn't interested in making anyone look bad, it wasn't really interested in having a villain. It was more about nice people trying to do their best in a complicated world.''