'The Intern' star welcomed her first baby on March 24th.

Congratulations are in order for Anne Hathaway and her husband Adam Shulman – not only have they become first-time parents to a baby boy, they also managed to keep the whole thing a secret from the press for a fortnight! 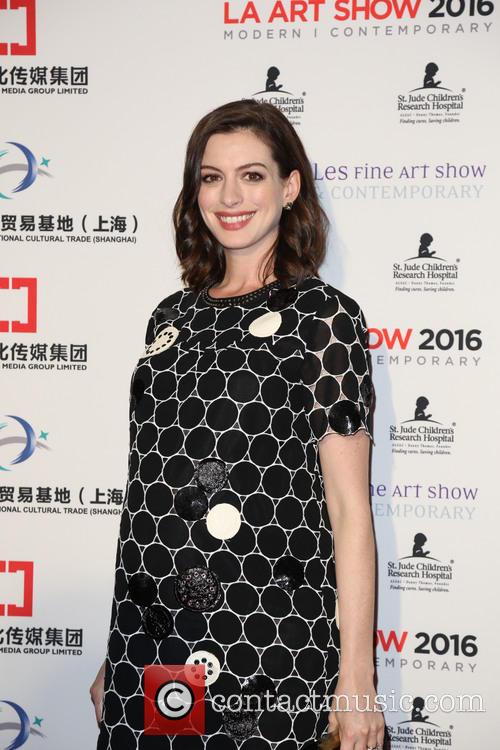 Her pregnancy was first revealed back in November, and she’s been spotted out and about at red carpets on a number of occasions since, including the Vanity Fair Oscars’ party. She’s kept reasonably quiet and private about her impending motherhood, though she did share an Instagram picture of her baby bump with her followers at the start of 2016.

“I figure if this kind of photo is going to be out in the world it should be an image that makes me happy (and one that was taken with my consent. And with a filter :)” she wrote in the January snap.

Happy 2016 to my beautiful Instafriends! So, posting a bikini pic is a little out of character for me, but just now while I was at the beach I noticed I was being photographed. I figure if this kind of photo is going to be out in the world it should at least be an image that makes me happy (and be one that was taken with my consent. And with a filter :) Wishing you love, light and blessings for the year ahead! ????Annie????

Hathaway has been married to Shulman, an actor, since September 2012. “We both talked about it beforehand, and how it wasn’t going to change anything, but something shifts,” Hathaway said last year about their marriage. “I didn’t realize that I was keeping a part of myself protected, and it’s kind of all on the line now. I’m his and he’s mine.”

The actress, who is due to feature in two movies – Alice Through the Looking Glass and Colossal – this year, has been vocal about her desire to have children. “I want to be a mother, and I anticipate loving my children quite fiercely,” she told Vogue three years ago. “I think about it all the time, though it's a silly thing to think about because the kind of mother I'll be depends on the kind of children I have. I can't wait to meet them.”

More: Anne Hathaway shows off baby bump in ‘out of character’ Instagram pic