Lawrence was criticised by some after she told a reporter to stop looking at his phone during an interview on the red carpet.

Jennifer Lawrence’s exchange with a reporter during Sunday’s Golden Globes divided the internet, with some feeling the actress was joking and others accusing her of being rude. But Lawrence’s fellow Oscar winner Anne Hathaway has come to the actress’ defence, telling the internet it was clear she was ‘dryly joking’ with the reporter. 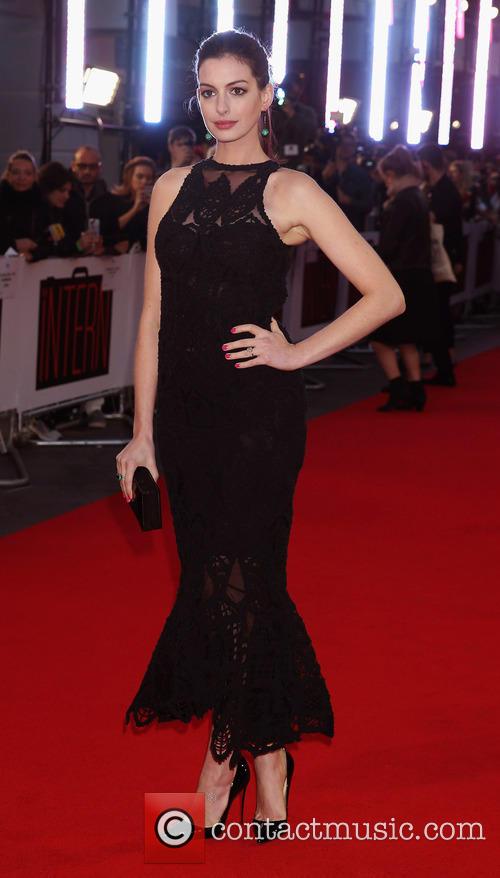 Anne Hathaway has defended Jennifer Lawrence’s exchange with a reporter during the Golden Globes.

‘Dear the Internet, It's become pretty clear that the Jennifer Lawrence "scolding" was taken out of context and that she was dryly joking with a journalist who was indeed using his phone to take photos of her,’ Hathaway wrote on Facebook.

More: Jennifer Lawrence Criticised For Calling Out Reporter For Looking At Phone

‘Let's not continue the sad but common practice of building people - especially women- up just to viciously tear them down when we perceive them to have misstepped. Jennifer is a beautiful, talented, wildly successful, popular, FOUR TIME OSCAR NOMINATED young woman. Please let us not punish her for these things.’

During an interview on the red carpet of Sunday night’s Golden Globes, Lawrence told a foreign press reporter, who had been using his phone throughout, “You can’t live your whole life behind your phone, bro. You can’t do that, you’ve got to live in the now.”

More: Anne Hathaway Shows Off Baby Bump In 'Out Of Character' Instagram Pic

Hathaway signed off the letter ‘Sincerely, A J-Law fan’, adding, ‘#supportstrongwomen #imwithher #whycantwegiveloveonemorechance.’ Much like Lawrence Hathaway is also a multiple award winner having taken home both an Oscar and a Golden Globe, she’s also had her fair share of haters over the years.