Anne Hathaway perceives age to be ''fluid'' and admits she loves working with ''more seasoned actors'' such as Robert De Niro. 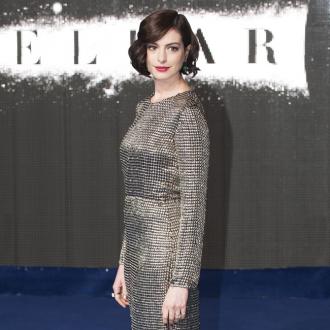 The 'Devil Wears Prada' star loves working alongside ''more seasoned actors'', admitting she couldn't believe her luck when she got to work alongside Robert De Niro on 'The Intern'.

She told Empire magazine: ''It's always fun to work with more seasoned actors, someone whose work you respect. I think of age as a fluid thing. But when you get to work with someone like Bobby, you have such a beautiful range of work to learn from before you even meet them.

''And then getting to see up close how that body of work came into being is tremendous. But then, when I worked with Emily Blunt [in 'The Devil Wears Prada'], she floored me every single day and I hadn't seen any of her previous work.''

Meanwhile, the 32-year-old actress previously insisted she isn't worried about being beaten to movie roles by her younger counterparts as she was once in their position.

She explained: ''I can't complain about it because I benefitted from it. When I was in my early twenties, parts would be written for women in their fifties and I would get them. And now I'm in my early thirties and I'm like, 'Why did that 24 year old get that part?'

''I was that 24 year old once, I can't be upset about it, it's the way things are. All I can do right now is think that thankfully you have built up perhaps a little bit of cachet and can tell stories that interest you and if people go to see them you'll be allowed to make more.''