In 1976, Pennsylvania was the site of a series of psychic horror stories. For years, the Atticus Institute had been delving into the world of the paranormal, and monitoring the abilities of supposed psychics. None of them could foresee what was about to happen, however. A young woman named Judith Winston arrived one day to undergo some of the institutes scientific testing, and outperformed all of the previous entrees. It soon became apparent, however, that something was really wrong. Judith was performing incredible psychic feats, yet it seemed that she was still able to perform even more. Steadily, her abilities began to grow, until the institute came upon the realisation that there was something inside her controlling the abilities. Not a virus or disease, but something truly terrifying. Something evil. Something demonic.

By Jules Brenner
Weak
This film, which seems to have started out as a condemnation of border patrol practices along the California-Mexico line, gets sidetracked and becomes a rather muddled message about how illegals may wind up as slave labor. Or, first time writer-producer-director John Carlos Frey knew exactly where he wanted to take his band of unfortunate immigrants but not how to structure a story or inspire a performance. Either way, it's a movie with an aimless quality. 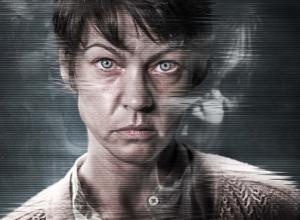 In 1976, Pennsylvania was the site of a series of psychic horror stories. For years,...

This film, which seems to have started out as a condemnation of border patrol practices...