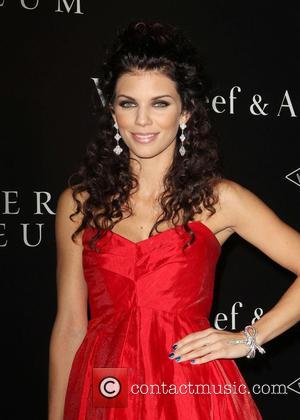 Actress AnnaLynne McCord seriously contemplated suicide after she was raped as a child.

The 90210 star, 26, revealed last year (12) that she had been sexually abused in her youth during a speech at a Los Angeles benefit for the Somaly Mam Foundation, a charity founded by Cambodian human rights activist Somaly Mam which aims to help women who have been previously forced into sex slavery.

She revisited her traumatic past once again as she addressed the crowd at a New York fundraiser for the same charity on Wednesday (23Oct13), breaking down in tears as she opened up further about her own terrible experiences.

She said, "I was raped, I was abused as a child. This is so important to me. I was suicidal. I cut my arms up. I wanted to die. I had a bottle of pills in a hotel, and I was ready to end it all, and something, I don't know what, led me to Somaly Mam."

During MCCord's tearful speech, she encouraged attendees at the Life is Love Gala to donate more to the cause to help those in need, and her efforts helped to boost the charity total for the night to more than $700,000 (£466,670).