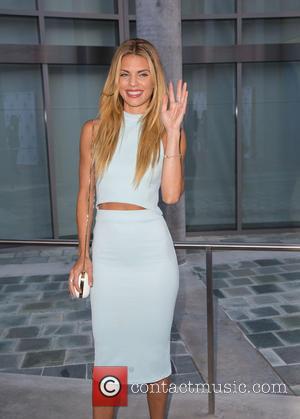 Former 90210 star AnnaLynne McCord took her own virginity at the age of 12 with a sex toy because she was terrified about going to hell if she had intercourse before marriage.

The actress' father was a strict Georgia pastor who drilled the shame of sex into his daughters at an early age.

Her religious upbringing affected her views on sex and when her sister started talking about the birds and the bees, Annalynne decided to take her own virginity.

In a new interview with Access Hollywood she explains, "I associated (sex) and this is probably tapping into what Sigmund Freud has always said, which is that everything in life is about sex except for sex, and that's about power. And for me it was about power, it was about, 'No one's gonna take this from me'."

Sex became a big part of MCCord's life after she persuaded her parents to let her move to Miami, Florida to pursue a modelling career in her teens.

She had her first "down there" sexual experience with a 29-year-old boyfriend when she was just 15, insisting he knew how old she was.

MCCord also recently opened up about a rape experience in Hollywood when she was 18, and today she blames her strict upbringing for her confusion about sex, adding, "What I took from the spankings was... 'Those who love me hit me' was played over in my mind and acted out in my life time and time again in my formative years. So my brain was formed around this belief system. It was a core thought system.

"There was no question of whether it was right or wrong or made sense. It was just the way it was. That was just it... 'I'm not enjoying it because it's not painful enough'. It's crazy."