Actress AnnaLynne McCord Has Sparked Rumours Of A Reconciliation With Her Ex-boyfriend Dominic Purcell After Enjoying An Intimate Birthday Dinner With The Prison Break Star On Tuesday (14jul15). 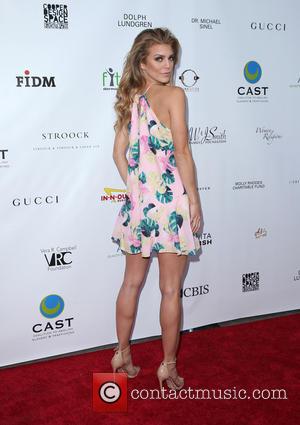 The former 90210 star split from Australian actor Purcell, 45, in December (14) after three years together, but it appears the former couple is back on.

MCCord, who turns 28 on Thursday (16Jul15), shared a sweet photo of the pair on Instagram.com on Tuesday, depicting the stars cuddling up to one another as they prepared to tuck into a dessert plate, which had a candle stuck into it to mark the actress' special day.

In the accompanying caption, the birthday girl gushed, "#BirthdayDinner w/ (with) my friend, my love and the one man on the entire planet who drives me absolutely mad."

The news emerges two months after Purcell parted ways with his last girlfriend, Kimmy Breeding, who he allegedly dumped via text message after just a brief romance. The spurned ex then attempted to humiliate the actor by posting the text on social media.

Meanwhile, MCCord, who previously dated Twilight's Kellan Lutz, was also said to have moved on after being linked to basketball star-turned-actor Rick Fox in January (15).