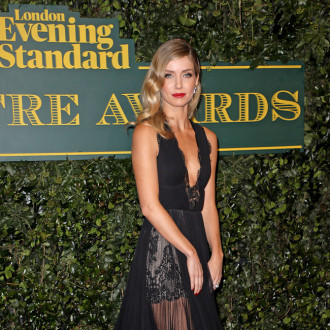 Annabelle Wallis loved "fawning over" Keira Knightley on the set of 'Silent Night'.

The 37-year-old actress stars alongside Keira and relished the chance to work in the festive film alongside her.

Annabelle told Digital Spy: "I'm such a Keira Knightley fan. I just love her so much. It was the easiest task just to fawn over her, and adore her. There was just such a mix of established names, and people coming up in the industry that I'm so excited to see flower, and what they do next."

The 'Malignant' star plays Sandra in the flick, which follows a group of old friends who reunited for Christmas amid environmental doom for mankind and she admits that the film has added relevance given the chaos of the coronavirus pandemic.

Annabelle explained: "It was life imitating art. We were making this film with this impending kind of doom and as we were shooting it, the world was shutting down around us. We were so lucky we had such an amazing team that kept us all safe."

She continued: "It was weird, I think, also for the release of it, too, wondering how people are going to react to that. Is it too close to home? But I think people are ready.

"I think it's a reminder that we're – especially in the area of climate – still not out of the woodwork. There's still work to be done."

Annabelle admits that she was delighted to take on the role of the "utterly honest" Sandra in Camille Griffin's movie that also stars Matthew Goode, Lily-Rose Depp and Roman Griffin Davis.

The 'Peaky Blinders' star said: "I think there's a Sandra in all of us. The great beauty about someone like Sandra is that she's so unable to be anything but utterly honest. She speaks the voice in her head, even if it's inappropriate.

"I just love mischievous, naughty characters. I think she's fun. I think she's probably the most cancellable of the bunch and, therefore, I wanted to play her even more. I think having her as a voice piece to highlight some current issues was something great to tackle as an actress."