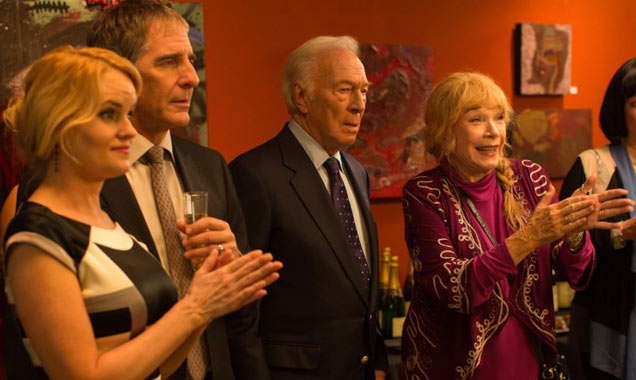 Set in New Orleans, the story starts as 80-year-old Fred (Christopher Plummer) is moved by his hyperactive daughter Lydia (Marcia Gay Harden) into a small apartment building. Fred's wife has recently died, but they didn't get along very well, so he's enjoying being on his own. Although Lydia's husband (Chris Noth) has yet another crazy business scheme he wants Fred to invest in. And his new next door neighbour is Elsa (Shirley MacLaine), a larger-than-life 74-year-old who claims to have once known Picasso. Her son Raymond (Scott Bakula) looks in on her from time to time, while she secretly supports her younger son Alec (Reg Rogers) in his artistic career. She also immediately starts trying to coax Fred out of his shell.