The 31 year-old actress, whose real-life husband is co-star Stephen Moyer, says performing sex scenes with different cast members is "not really uncomfortable because we're all like kind of cozy and friends." 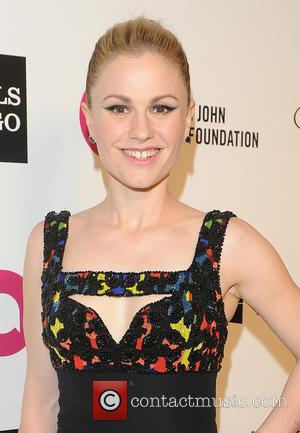 Even though Anna Paquin stars alongside her real-life husband, Stephen Moyer, in 'True Blood,' performing sex scenes isn't as awkward as one may think.

In fact, stripping off for in front of the TV show's crew to get intimate with more than one cast member isn't even that uncomfortable, according to the New Zealand-born actress.

While attending the premiere of the seventh and final season of the hit HBO show, Paquin told E!News, "Actually, it's not really uncomfortable because we're all like kind of cozy and friends."

The 31 year-old also confessed, "I've had sex with several cast members on the show," before quickly correcting herself by reiterating, "obviously, on camera."

Moyer, who directed episode one of season 7, has had to watch his wife get very close to the other actors, including the female fans' favorite Joe Manganiello.

But Paquin admitted, "It should be weird, but it's not," because everyone working on the show is "a very tight family."

At the same event, Moyer also spoke about his wife's steamy sex scenes when speaking to the New York Daily News.

MORE: Anna Paquin Poses Naked With Husband In A Coffin For Magazine Cover

"I've directed all of Joe's sex scenes in the show, and we are good mates. So I just said to him beforehand, 'Joe, just go for it,'" he said. "And he did!"

The British actor even desired the raunchy scene to last longer than it did!

MORE: Vamps Of "True Blood" Might Be Coming To Broadway In Musical Adaptation

"If anything, I wanted it to be longer because I directed that scene as a really powerful moment to show that these two characters do really love one another," he said. "Anna doesn't really say anything about these sex scenes anymore, after what we've done on the show. But I thought she and Joe looked good together." 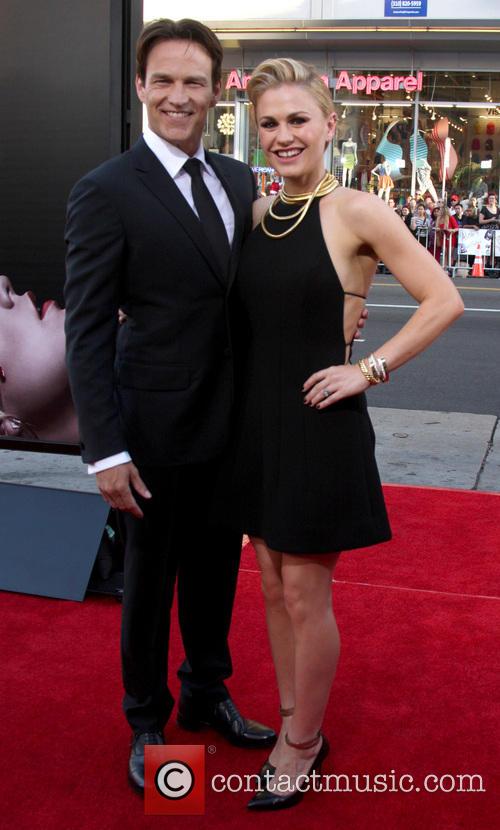