Sookie (Anna Paquin) has captured Warlow who is tied to a tree in Faerie land and pining after her. She's now promised to marry him so he'll help out her vampire friends. Unfortunately it's not in a happy let's live happily ever after way, as Sookie isn't really interested and keeps having unpleasant visions whilst she's in the shower of Warlow promising he's on his way.

Bill isn't remotely interested in Sookie's romantic issues as there are other things at stake - excuse the pun.

Sookie instead turns to Sam (Sam Trammell) for help. But after she attempts to make a move, he rejects her as she's kept him waiting for six seasons and he claims Nicole (Jurnee Smollett) is pregnant. Moments later, after a trip to her parent's graves, she's all dressed up and ready to walk down the aisle. She doesn't get there, well not yet, as when Bill turns up she sees him lying dead in the faerie realm.

Alcide (Joe Manganiello) isn't doing brilliantly either: his pack have kidnapped Ricki (Kelly Overton) and her mother. Ricki is not overly pleased when Ricky challenges his authority and he is forced to kill her.

Meanwhile, Jason (Ryan Kwanten) is in vampire prison and about to become Violet's sex slave. Although she's ensuring he's thoroughly hot and bothered as she's "catholic" and wishes their relationship to be scared. There's more sex, a lot more sex, as Jessica (Deborah Ann Woll) and James have their fangs out and Pam (Kristen Bauer Van Straten) has been visiting the psychiatrist. 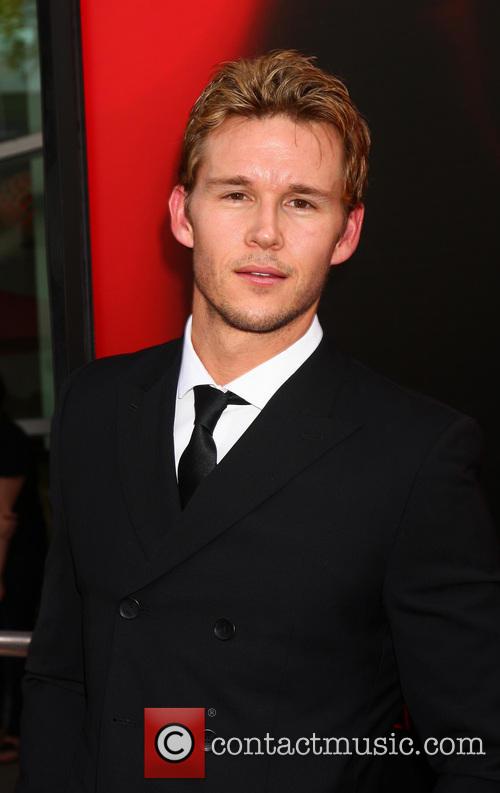 Ryan Kwanten at the premiere of True Blood.

Steve nearly drinks some infected true blood but is prevented by James. Sarah Newlin (Anna Camp) discovers James' honesty and the next time we see them, both Steve and James are in a circular room. They're probably going to die, it's all a little too creepy.

Arlene (Carrie Preston) is having a breakdown at the funeral parlour owing to Terry's (Todd Lowe) suicide. She decides to drown her sorrows and the next morning is made a greasy fry-up by Lafayette (Nelsan Ellis). He reveals the truth about Terry's life insurance policy, whilst Adilyn the faerie teen listens in. Arlene at the Bellefleur family home finally snaps with Terry's overbearing family who are insisting on having a military service. Arlene doesn't want guns anywhere near the funeral as Terry was killed by one.

Arlene has discovered Adilyn has been listening in the whole time to her and Lafayette's inner thoughts (owing to her fairy powers) and tells her off. Adilyn runs off to the graveyard for a heavy petting session. But Bill discovers her and drinks some of her blood.

At the vampire camp, Miss Suzuki is bludgeoned to death by Sarah as she discovers her True Blood product is being tampered with.

There's simply too much going on to be able to keep up with from one week to the next. Thank goodness producers have promised that the next season will be condensing the plotlines and the sheer geography of the True Blood world. 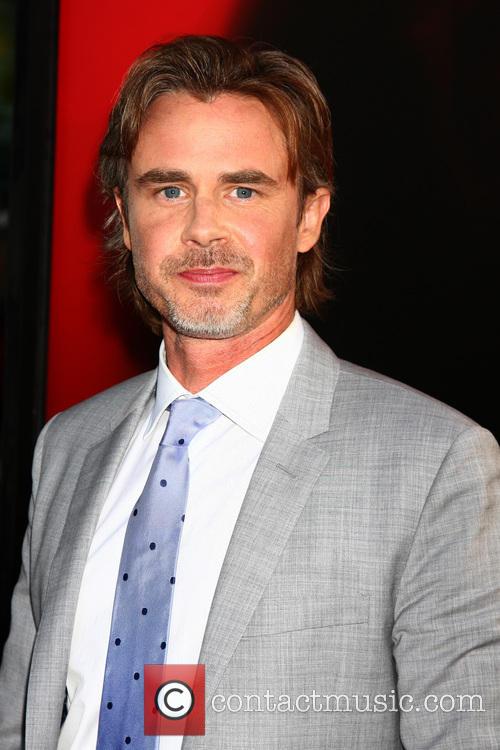 Sam Trammell at the premiere of True Blood.