Anna Paquin has praised Stephen Moyer for being a great father and he admits he is grateful their 16-year-old twins, Poppy and Charlie, are healthy because they had a rough start after being born a few weeks premature in 2012. 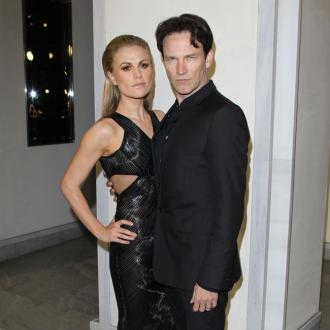 Anna Paquin has praised Stephen Moyer for being a great father.

The 'True Blood' stars have 16-month-old twins, Charlie and Poppy, together and the 31-year-old actress admits her husband, who also has two children, Billy, 13, and Lilac, 11, from a previous relationship, is very hands-on with the tots.

In a joint interview, the 'Free Ride' actress told ABC News: ''All the jokes about the dads and the diapers, and them being useless, he's not!''

He added: ''My (older) kids have been with us a lot, so Anna already had a huge understanding of that, she's very much part of their lives.''

The couple, who tied the knot in 2010, try to spend as much time as possible with their children as they are extremely grateful the twins are healthy because they had a rough start after being born a few weeks premature in 2012.

British star Stephen, 44, said: ''You just do what you have to do. We weren't the only people who have gone through that situation. There's loads of other people we got very close to in a similar situation.

''It brings you together in a sense that you can't not do it. You have to be there and do the best you can. I don't think there's any right or wrong way of it going, you just do what you can at the time.''