Married to Stephen Moyer since 2010, following their work together on long-running supernatural series 'True Blood' (based on the 'Southern Vampire Mysteries' book series by Charlaine Harris), Anna Paquin has seemingly gone from strength to strength in the entertainment business. When she starred as Rogue in 'X-Men' movie 'Days of Future Past' however, fans were a little annoyed to see how minor her role really was. 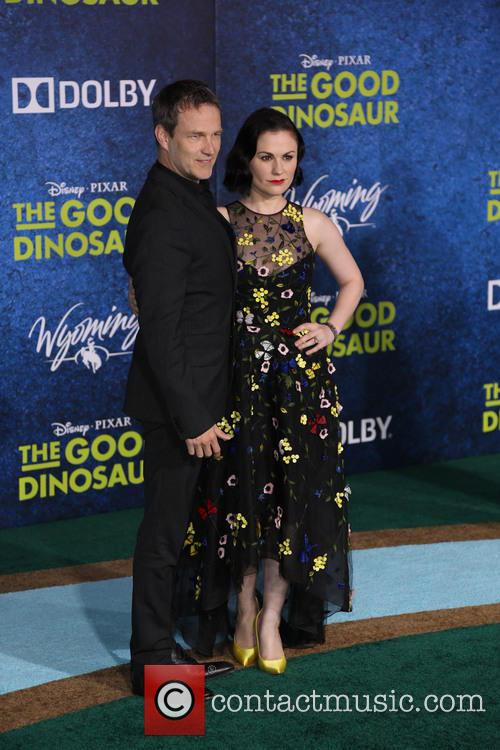 Now, she could be bringing her version of Rogue back to viewers, but on the small screen as part of new FOX series 'The Gifted', set within the 'X-Men' universe. Moyer - who heads up the new series as a parent trying to protect his mutant children from the government - may have let the cat out of the bag a little early.

"Well, obviously she is in the 'X-Men' universe," the actor said in an interview with ET Online when asked if Paquin could make a cameo. "Her character, obviously, could possibly... I don't know, I don't quite understand the timeline because obviously, the 'X-Men' timeline is very, very specific, so never say never, but I don't know. I don't want to say anything that gets me into trouble."

Seeing the two on screen with one another once again would be an incredible thing, especially so with Paquin's version of Rogue meeting Moyer's new character here for the first time. Rogue herself is clearly a mutant, and with Moyer's character on the side of mutants and hoping to protect them from forces with ulterior motives, they'd be fighting on the same side - or so you'd think.

There's a lot of wiggle room here for those working on the TV series, and whilst Moyer quickly put a lid on his comments and began to act coy, we think this is a discussion that's probably already taken place. If Paquin is coming on board, it'll already be set in stone.

'The Gifted' is expected to debut its first season at some point in the autumn on FOX in the US.