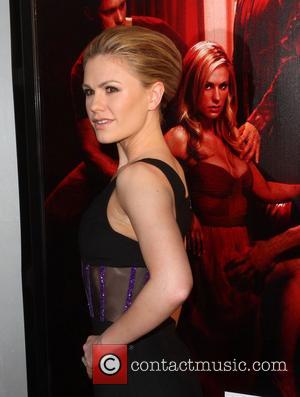 Anna Paquin, the Canadian-born actress and star of 'True Blood', says she doesn't feel the need to "fix" her teeth. Paquin, who has a considerable gap between her two front teeth, claims she finds it "rude" when people ask about it, reports US Weekly Magazine.
The actress, who recently married her True Blood co-star Stephen Moyer at a private residence in California, said, "I find it rude when someone asks me why I never 'fixed' the gap in my teeth!". The comments came shortly before Steve Buscemi claimed he'd never have gotten anywhere in Hollywood if he had taken advice to change his smile, saying, "I've had dentists who have wanted to help me out, but I say, 'You know, I won't work again if you fix my teeth". The actor just earned a lead actor Emmy Award nomination for his role as Nucky Thompson in HBO's acclaimed Boardwalk Empire. The show scored 18 nominations overall when the shortlist was announced on Thursday (14th July 2011). Paquin's 'True Blood' was nominated for four awards, including 'Outstanding Guest Actress', 'Outstanding Art Direction for a Single Camera Series' and Outstanding Sound Editing for a Series'.
Anna Paquin received the Golden Globe award for Best Actress in 2008 for her role as 'Sookie Stackhouse' in True Blood.