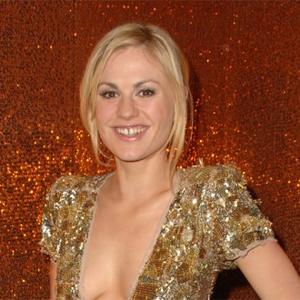 Anna Paquin has "never been happier" since she got married.

Carrie - who attended the nuptials - told UsMagazine.com: "They're really sweet with each other. They just really get each other. Anna will say she's never been happier."

Carrie also revealed the couple celebrated their nuptials - which were held at a private beach house - with a performance by fellow 'True Blood' star Todd Lowe's band.

She added: "It was so beautiful. They seemed to really honour the show that day. Todd's band played and The Script supervisor married them!

"I wish them all the best for a long loving and respectful relationship."

Meanwhile, it has been revealed Anna and Stephen have put their honeymoon on hold.

They have delayed their post-wedding holiday so they can attend the 62nd Annual Primetime Emmy Awards on Sunday (29.08.10).

The couple - who play waitress Sookie Stackhouse and vampire Bill Compton in the TV show - have agreed to present an award with their co-star, Alexander Skarsgard, who plays Eric Northam.