Anna Paquin cut from X-Men: Days Of Future Past

Anna Paquin's only scene has been scrapped from 'X-Men: Days Of Future Past' because it felt ''extraneous''. 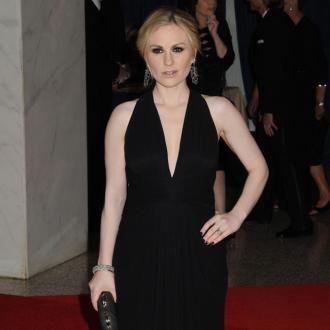 Anna Paquin has been cut from 'X-Men: Days Of Future Past'.

The 'True Blood' actress' one and only scene has been scrapped from the upcoming time-travel sequel because director Bryan Singer felt it was ''extraneous''.

The scene in question saw Paquin's character Rogue - who absorbs the memories, strength and powers of anyone she touches - in action alongside Sir Ian McKellen's older version of Magneto, Sir Patrick Stewart's older Professor X and Shawn Ashmore's Iceman.

Singer told Entertainment Weekly: ''Through the editing process, the sequence became extraneous. It's a really good sequence and it will probably end up on the DVD so people can see it. But like many things in the editing process, it was an embarrassment of riches and it was just one of the things that had to go.

''Unfortunately, it was the one and only sequence Anna Paquin was in, the Rogue character was in. Even though she's in the materials and part of the process of making the film, she won't appear in it.''

The mutant movie comprises a huge ensemble cast, including the stars of the original 'X-Men' trilogy and the stars of 2011 prequel 'X-Men: First Class', featuring the likes of Hugh Jackman, Jennifer Lawrence, James McAvoy and Michael Fassbender, so cutting Paquin out of the film was a ''disappointing'' but necessary move.

Singer added: ''She completely understood. It's very disappointing, but she's very professional and she knows that stuff happens, particularly with material you shoot early on in production. Films evolve.''