Anna Paquin And Stephen Moyer Welcome Twins: All The Details 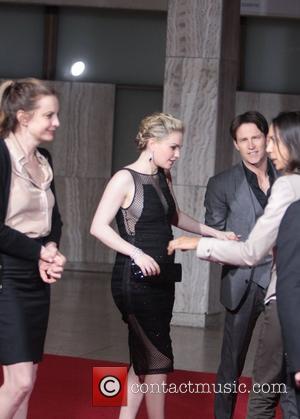 Anna Paquin’s twins arrived safely into the world this week, despite both being born premature. Anna Paquin and her ‘True Blood’ husband Stephen Moyer are yet to announce the exact details of the birth, though a representative for both confirmed that everyone was doing fine.
A statement to People magazine read, “We can confirm that Anna Paquin and Stephen Moyer recently welcomed their twins into the world….The babies were born a few weeks early, but are in good health and both Mom and Dad are overjoyed.” Anna Paquin and Stephen Moyer married in August 2010, with the actress announcing her pregnancy in April 2012. Earlier this summer, word came that the pair would be expecting two little babies come the fall. The new-borns are Oscar winner Paquin’s first children, though Moyer already has two children, 10-year-old Lilac and 12-year-old Billy from previous relationships
The stars have plenty of time to be on diaper duty before heading back to work for the sixth season of the supernatural HBO show, co-starring Alexander Skarsgard, Joe Manganiello and Kristin Bauer. Paquin won the Academy Award for ‘Best Actress in a Supporting Role’ when she was just 11-years-old, for her standout turn in ‘The Piano’. Almost half a decade later, her acting career took off with a string of successful films, including ‘She’s All That’.