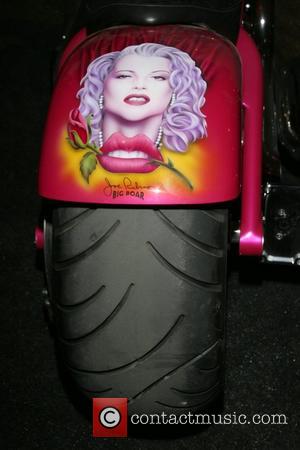 Grieving mum Anna Nicole Smith is still struggling to come to terms with her son DANIEL's death six weeks after the 20-year-old passed away in his mother's hospital bedroom, according to the funeral home boss who oversaw the family memorial. LORETTA BUTLER-TURNER was shocked by the busty blonde's behaviour as she laid her son to rest in the Bahamas on Thursday (19OCT06). The funeral home boss reveals the actress/model sobbed, wailed and lashed out during the service, but it was her comments after the ceremony that left her convinced Smith might need a little help coping with her grief. After spending 20 minutes alone by her son's graveside, Butler-Turner says Smith left her baffled with an odd request. She says, "I think reality truly has not set in and she wanted to know if she could take him home and give him a warm bath." Meanwhile, in an obituary released to all mourners at the burial, Smith revealed her son had been teaching her how to play the guitar before his death on 10 September (06). Bahamian police authorities have announced they have closed the investigation into Daniel's death, sparking speculation that his passing will be ruled an accidental drug overdose.