Anna Nicole Smith's daughter Dannielynn Birkhead, 6, has stepped in front of the camera to model for Guess - the U.S. clothing brand that her late mother modelled for in 1992-1993, reports Reuters.

Photos of Dannielynn modelling for the brand's spring 2013 kid's line emerged this week, showing the six-year-old wearing a denim skirt, yellow belt and fedora hat. Another shot sees the youngster leaning against a piece of driftwood on a beach, gazing out wistfully across the ocean. The company's creative director Paul Marciano suggested Dannielynn is a natural, just like her mother who died of an accidental overdose in 2007. He told US Weekly magazine, "Dannielynn has the same playful spirit that her mother had on a set. She is a second-generation Guess girl, which makes this campaign a first for us." Anne Nicole - best known for marrying the oil tycoon J. Howard Marshall when he was 89 and she was 26 - modelled for Guess shortly after appearing on the cover of Playboy magazine. She died in Florida at the age of 39. Dannielynn's father Larry Birkhead - who was finally confirmed after six paternity claims - told Entertainment Tonight that his daughter enjoyed the recent shoot. "The first thing she asked is 'When will I be on the shopping bags like Mommy? I know that Anna's looking at this and seeing how great this will be." 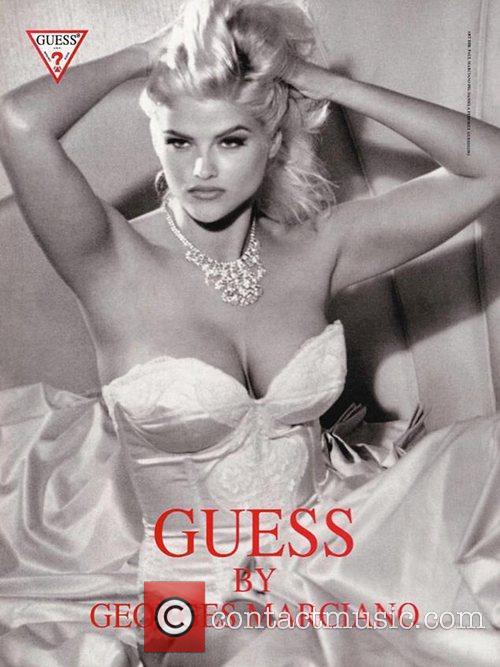