'Pitch Perfect 3' Is Coming In July 2017, As Anna Kendrick And Rebel Wilson Sign On

After the success of ‘Pitch Perfect 2’ the story of The Bellas is about to become a trilogy.

The Bellas are coming back! Yes get ready a cappella fans, as Universal pictures has confirmed that a third Pitch Perfect movie is coming our way and it will hit theatres on July 21st 2017. Stars Anna Kendrick and Rebel Wilson have already signed on to reprise their roles for the next installment, following the success of the second movie last month. 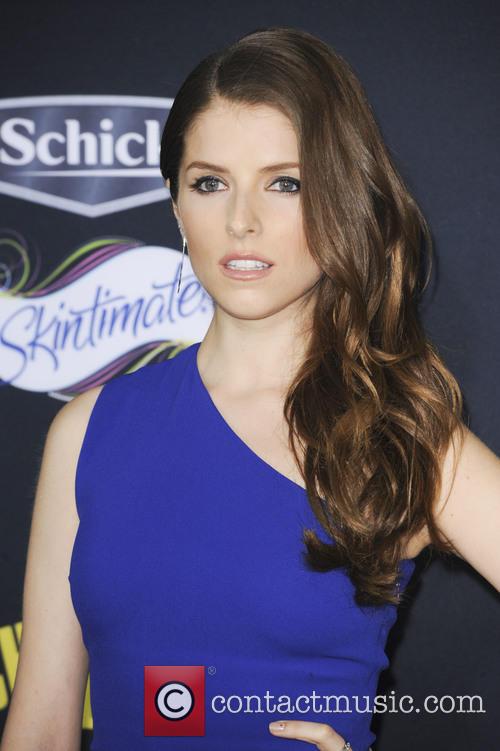 Anna Kendrick has been confirmed as returning for Pitch Perfect 3.

The news of the third movie was first broken by The Hollywood Reporter, but the two actresses have since confirmed their involvement via social media. Yesterday Anna Kendrick posted a photo of herself on Instagram holding up three fingers, while her co-star Wilson tweeted, ‘I know I spilt the beans a little while ago, but at least now it's official…Sing 'ahhhhh' on 3 pitches.’

Last week it was reported that screenwriter Kay Cannon, who penned the first two films, was already in talks to write the screenplay for the third movie, while Elizabeth Banks is said to be returning to produce the movie. But there's no word yet on whether Banks, who directed Pitch Perfect 2, will be in the director's chair again.

The second Pitch Perfect movie was a hit at the box office last month, where it grossed more than $170 million domestically and over $260 million worldwide. But prior to the film’s release star Anna Kendrick wasn’t so sure it would be a success and was hesitant to commit to a third movie.

"I'm not one to count my chickens, so I just want to see how this one does and find out if there's an appetite for that before I even think about it. I'll drive myself crazy,” she told Time magazine.

But Rebel Wilson seemed to never be in doubt about a third outing for the Bellas, as back in April she told LA Times reporter Amy Kaufman that there would be a third movie and she’d already signed on. Wilson did however add that she wasn't sure if Kendrick would be up for retuning.