Oops Did The Golden Globe's Site Accidentally Tell Us The Best Picture Winners?

It appears there’s been a little technical mix-up ahead of Sunday’s ceremony.

The Golden Globes suffered a little embarrassment on Friday when their official website accidentally published a test version of Sunday’s winners page. 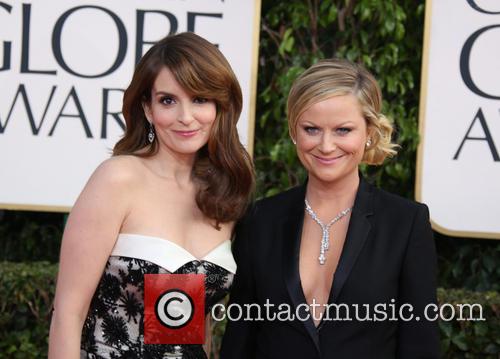 Tina Fey and Amy Poehler will host this year's ceremony

Bluefin, the company that runs goldenglobes.com for the Hollywood Press Association, were testing out the winner’s page when someone must have accidentally hit the publish button. Unfortunately for the Golden Globes someone must have been looking, as word of the mishap and the two films listed as winners quickly spread online.

In a statement released by Bluefin the company explained the error saying, "While testing the official website of the Golden Globe Awards for Sunday's ceremony, Bluefin inadvertently took the test live. We randomly selected two film titles with no knowledge of the category winners. We are solely responsible for the error.”

An honest mistake, or have we just been given a little insight onto which films will be taking home statues on Sunday? Most likely it was just a mistake, but it would be funny if Selma and Into The Woods do take home the gold tomorrow night.

This year’s ceremony will be hosted by comedienne’s Tina Fey and Amy Poehler who earlier in the week admitted they hadn’t even written any jokes yet. "So we have to hurry up and get that done," Fey told US Weekly on Wednesday.

The comedienne then added, "I'm ready, I'm bringing it. Amy and I get along very well in that way," she added. "[We're] easygoing and we are supportive of, 'What have you got? Okay, great. I'll do this then.' We work very well together in that way."