Anna Kendrick: Turning 30 will be easy

Hollywood star Anna Kendrick has claimed turning 30 in August will be ''an easy transition'' to make. 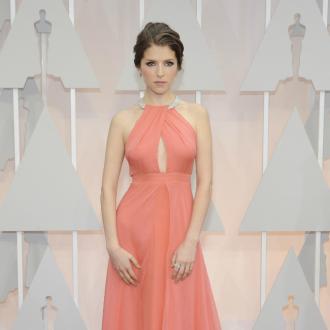 Anna Kendrick thinks turning 30 will be ''an easy transition'' to make.

The 29-year-old star, who appears alongside Rebel Wilson and Brittany Snow in new movie 'Pitch Perfect 2', has claimed she doesn't have any fears about her landmark birthday, which she'll celebrate on August 9.

However, Anna also revealed she has no intention of throwing a big party to mark the occasion.

Asked if she's planning a huge celebration, she replied: ''F**k that, I'm not doing a birthday party.''

This comes shortly after Anna joked that she still feels like a toddler.

The actress - who starred in Disney's 'Into the Woods' in 2014 - said: ''There are times when I still feel like an actual toddler in a grown-up - well, semi grown-up - body.