Anna Kendrick will once again flex her vocal chords in off-Broadway musical adaptation 'The Last Five Years' along with actor Jeremy Jordan. 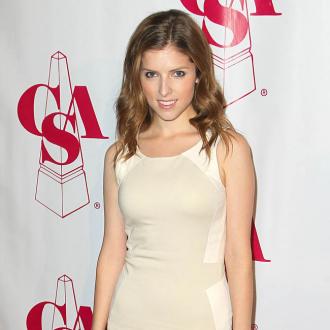 The 'Up in the Air' actress - who first showed off her vocal chops in 2012's 'Pitch Perfect' - will once again play a songbird in the film, which is based on an off-Broadway stage musical of the same name, reports Deadline.

The musical explores the five year relationship between a struggling actress, Cathy - played by Anna - and her rising novelist boyfriend, Jamie, who will be played by 'Smash' actor Jeremy Jordan.

'Beautiful Creatures' director Richard LaGravenese wrote the script for the film and will both direct and produce. Lauren Versel, Kurt Deutsch, and Janet Brenner are also listed as producers for Lucky Monkey Pictures.

The original stage version was written by Jeremy Jordan Brown and has been staged in several countries, including the United States, Germany and Britain, since it first launched in 2001.

Broadway star Jeremy earned a Tony Award nomination for his role in 'Newsies' last year, while Anna won praise for her role as Beca Mitchell in 'Pitch Perfect', about a struggling all-girl singing group.