Anna Kendrick refuses to let other people make her feel uncomfortable and relied on her crass sense of humour to get her through her school years. 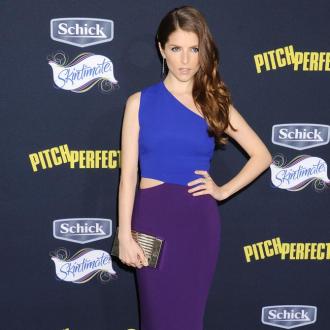 The 'Pitch Perfect 2' actress says she relied on her crass sense of humour to get her through her school years and refuses to censor herself on Twitter.

She told Glamour magazine: ''I didn't feel I was extraordinary in terms of looks or academia. I was like, 'Well, I can take a joke and I can make one too.' I've got that going for me! So I leaned into that. There was a sense of: I refuse to allow you to make me feel uncomfortable. That carried over into adulthood. I'm not saying it's healthy. It's a defense mechanism, but it's one that serves me well.

''If I can communicate with you in my weird, broken, dark way, and if you understand me, we'll get along fine.''

The Oscar-nominated star, 29, enjoys showing her fans she is still a normal girl by exposing the less glamorous side of fame on social media.

She said: ''It used to make me feel s****y when I read fashion mags and actresses were talking about loving Louis Vuitton and x, y, z. The idea that I could be making a girl in Maine feel ''less than'' is abhorrent. So it's a fine line for me. You want to look your best and celebrate the event you're at and the designer, because they're an artist too, but you also want to let a person [at home] know that there's smoke and mirrors.''