Anna Kendrick doesn't want singing roles because she finds them difficult and wants to be able to enjoy a beer whenever. 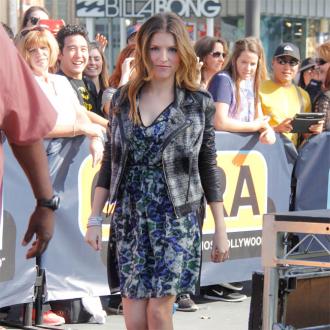 Anna Kendrick doesn't want singing roles in films so she can drink beer whenever she wants.

The 28-year-old actress is soon to hit the big screen in a string of movies including 'The Last Five Years' which is based on Jason Robert Brown's musical of same name, an adaptation of 'Into the Woods' based on the Tony Award-winning Broadway performance, and the sequel to 2012's 'Pitch Perfect'.

These films require her to belt out tracks and Kendrick insists she needs to be cast in productions which don't force her to think about her voice as much.

Talking to the wrap.com, she said: ''I never want to sing again, honestly. It's hard as f**k.

''The 'Pitch Perfect' [sequel] is going to be fine, ten girls have to be able to sing the songs so it's going to be fine, but doing 'The Last Five Years' and then 'Into the Woods' straight away, I was like, I don't want to have to think about my voice so much.

''I want to be able to drink beer whenever I want.''

The brunette beauty stars alongside Jeremy Jordan in Richard LaGravenese's forthcoming comedy and is also set to feature with a number of A-Listers including James Corden and Meryl Streep in 2014's musical fantasy 'Into the Woods' where she plays Cinderella.

Both these films are in post-production, while 'Pitch Perfect 2' will be released in 2015 and shows Kendrick and Rebel Wilson both reprise their roles.