Anna Kendrick says Joseph Gordon Levitt is such a good actor he made her believe she had really ''Charmed him'' in their romantic scenes for '50/50'. 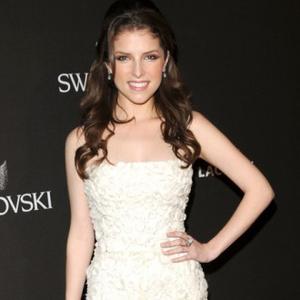 The 26-year-old actress plays the therapist of Joseph's character cancer patient Adam Lerner in the movie and says her co-star is such a good actor, he made her believe she had really "Charmed him".

She explained: "I was impressed with the connection Joe was able to create. I've never really done a romantic role and I didn't realise how hard it was! Joe was good at making me feel like I really charmed him - when actually he's just a good actor."

However, Anna admitted she found the scenes gruelling to film.

She told Total Film magazine: "I thought, 'this is supposed to be the easy day, we're just being adorable right?' But I felt spent afterwards like I'd been filming some horrible crying scene all day."

Joseph was equally impressed with Anna, saying: "Anna's got great comic timing and she's really hot too, which was nice to see because I don't think people think of her in that way."