Anna Kendrick Bemused By UK's Obsession With Princess Charlotte: "I Don't Know Why Anybody Cares"

Anna Kendrick doesn't know why anyone is interested in the Royal baby.

Confused about the fuss surrounding the birth of a Royal baby? So is Anna Kendrick! Whilst appearing on the Late Show with Seth Meyers on Thursday (14th May), the 29-year-old actress expressed her surprise at the public and media's reaction to the arrival of Princess Charlotte. 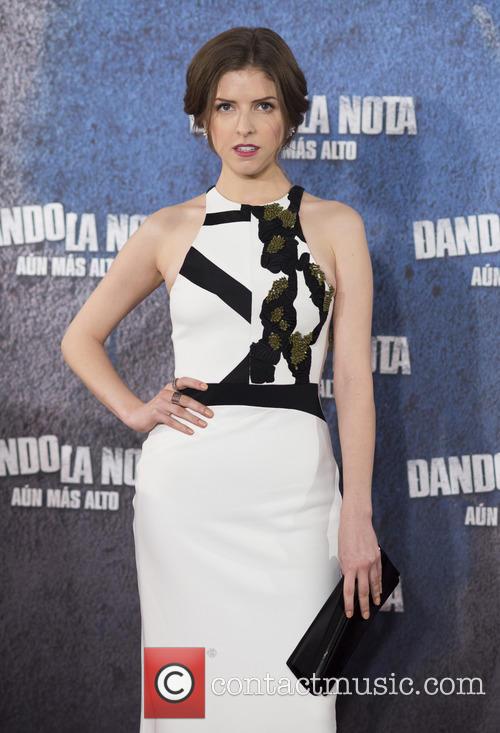 Anna Kendrick doesn't understand what all the fuss about Princess Charlotte is about, especially as all babies look like "sacks of potatoes".

Read More: Anna Kendrick Had Her Doubts About Pitch Perfect 2.

Kendrick has recently been on tour promoting her latest movie, Pitch Perfect 2, and spent some time in the UK earlier this month. Her visit was only a few days after the birth of Princess Charlotte, the daughter of Prince William and Kate Middleton, on 2nd May.

Many in the UK and some of the nation's press immediately started celebrating, sending well wishes to the Royal family. Pictures of the tiny Princess were splashed across the front pages of tabloids and immediately went viral when published online. As if such hysteria wasn't enough, Pizza Hut even offered free meals to those who shared their first name with the Princess!

However, Kendrick wasn't caught up in the wave of euphoria which swept across the nation. In the interview, the Into the Woods actress expressed her bemusement at the reaction of some members of the British public and the press.

"When I was in England, it was like the city [London] had gone crazy. There were all these flags up and there were people baking special cakes at lunch," Kendrick said.

"I was like, 'The baby doesn't know you're doing that! The baby doesn't care!' And the baby was on a full page of the Daily Mail. It just looks like every baby! All babies look like sacks of potatoes!"

Kendrick stars in Pitch Perfect 2, which is released in US and UK cinemas today.

Watch The Movie Trailer For Pitch Perfect 2 On Contactmusic: