The 62 year old 'The Wrestler' star was apparently irked by Faris' baby son Jack on a long-haul flight to Los Angeles a couple of years ago.

Celebrity bust-up time! Actress Anna Faris has blown off steam about the time Mickey Rourke told her son Jack to be quiet.

When she appeared on Tuesday’s edition of ‘Jimmy Kimmel Live!’, 38 year old Faris told the host that Rourke had shushed her young son on a transatlantic flight from London to Los Angeles back in 2013. Recalling the incident, she said “The longest trip we've ever done is to London to visit Chris when he was shooting Guardians of the Galaxy. It’s a long trip.” 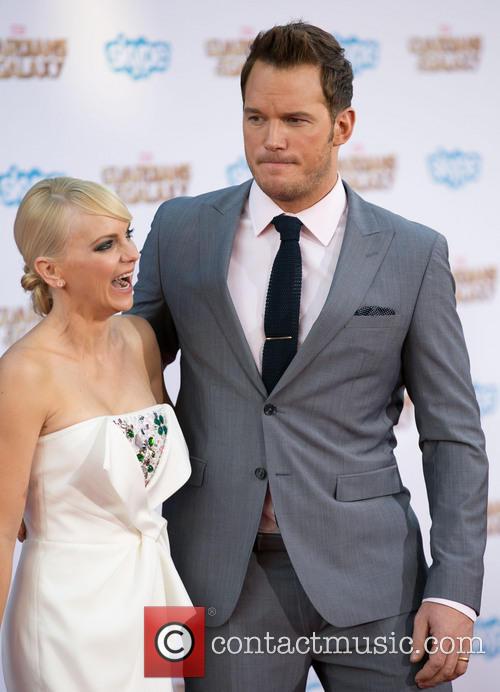 “On the way back - and he [Jack] does great, he's a beautiful little boy - we're on the tarmac at Heathrow, it's quiet... before the engines roar and he starts vocalising... not screaming, not crying, just being adorable, I thought, but I'm also sweating because everyone is hating me around me, because they know [babies cry on flights].”

She continued“So across the aisle, I hear a 'shhhh' and I look over and it's Mickey Rourke. I was already so nervous before and knowing that everyone hated me, and then to have Mickey Rourke confirm that didn't feel great. I got shushed by Mickey Rourke... and then he started grumbling, like [he wanted to say], 'You better shut that baby up...'”

Faris, recently a star of box office topper 22 Jump Street, then revealed that the rest of flight passed off without further tension, as both her son and Rourke fell asleep for most of the journey. Jack, now two and half years old, is Faris’ first child with actor Chris Pratt (35). He was born nine weeks premature in August 2012.

Pratt recently told GQ about the incident, and was not happy with Rourke. “Like he's the baby whisperer,” he fumed during the interview. “Like he's gonna get the baby to stop crying when the baby's mother can't, just by aggressively shushing the baby. Motherf****r. I was like, 'Damn, the f**in' Wrestler shushed my baby'.”