'Moneyball' star Chris Pratt has encouraged his wife Anna Faris not to lose all of her baby weight as he prefers when she has a ''bigger butt''. 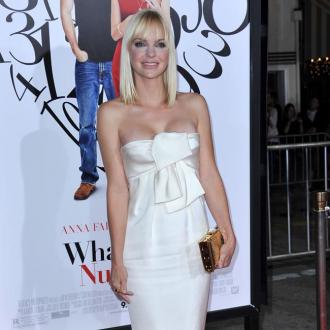 Anna told Us Weekly: ''I have the sweetest husband. He makes me feel good at any weight. In fact, I kinda think that he likes it when my butt is a little bit bigger!''

Talking about Chris previously, Anna claimed she fell for him because they were both small town people.

She said: ''When I fell in love with Chris it was great. We both grew up in little towns next to each other near Seattle and I found that very comforting.

''My marriage [to Ben Indra] didn't work out the first time round but I am still a big believer in marriage.

''We lead a boring life in LA on purpose. I never go out, I never go to premieres, don't go to parties and don't live a Hollywood lifestyle.''